The current state of the Slovak and Czech residential real estate market - what are the risks? 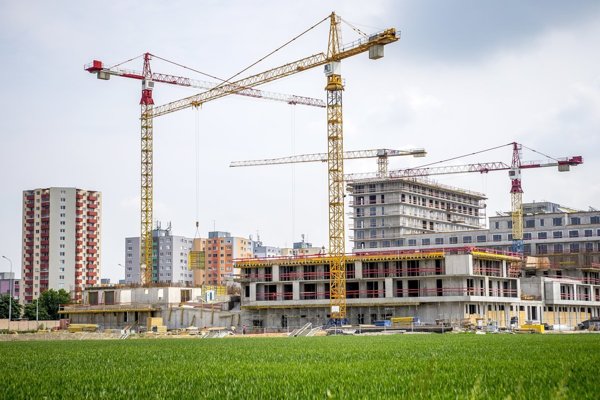 The good economic performance of the Slovak and Czech economy is stimulating demand for residential real estate and prices are rising. In Slovakia, this trend is seen across the country, but in the Czech Republic, it is mainly concentrated in Prague. We currently cannot speak of a bubble in any of these countries as incomes are, in the main, rising in line with prices.

The Slovak economy is booming. The latest GDP growth figures confirmed the solid economic performance. Tight conditions on the labor market have translated into the lowest unemployment rate in Slovak history, which is pushing wages up faster. Positive economic results have fed into positive consumer confidence, which supports consumer spending.

Consequently, Slovak residential real estate prices have been growing in yoy (year over year) terms continuously since 2014. However, growth has only been gradual and only certain real estate segments have occasionally seen double digit growth. This is in contrast to the Czech Republic, where the economic performance indicators are similar to those in Slovakia, at least as regards household consumption. But the real estate dynamics in the two countries are very different. A striking difference is due to the position of the capital city with regard to real estate price dynamics. Prague is the price driver in the Czech countrywide statistics, but the picture is different in Slovakia. Bratislava has similar price dynamics to the other Slovak regions.

There are several explanations for the differences in price dynamics between the countries. The different supply situations in the metropoles is the first difference. Demographic pressure and higher general purchasing power is supporting price growth in Prague compared to Bratislava. Lastly, Prague is a more attractive destination for global real estate investment than Bratislava, which stimulates price development.

The main question is, whether some evidence suggesting a rising bubble on the real estate market can be found. This question is hotly debated during times of economic expansion. As I outlined above, both economies are doing well in terms of consumers’ income. Another fact often mentioned in these debates is the loose monetary policy in the Czech economy and in the euro area. Also, the rising income of Czech and Slovak households and the high rates of home ownership which stimulate demand.

In order to examine whether or not there is a bubble, I will consider OECD statistics.

Identifying a bubble is difficult and generally can only be done after the fact. But even so, our comparison did not find any evidence of a real estate price bubble. Prices in Slovakia and the Czech Republic are rising, but not significantly faster than household income. The affordability of housing still remains below the level from before the financial crisis of 2008.