New rules for police chief election are a disappointment

The amendment to the law governing the Police Presidium gives it a slight face-lift but experts see it as a huge disappointment. 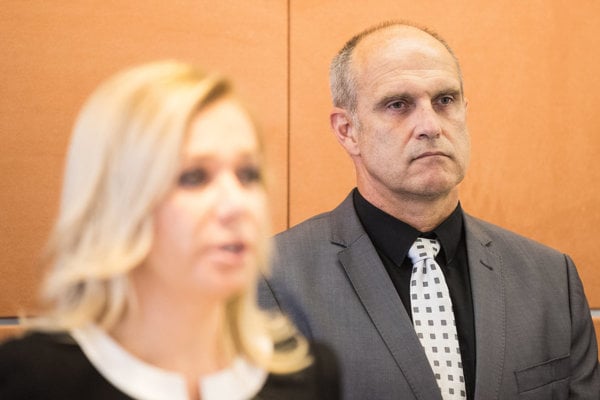 Thousands of people who protested in the streets under the For a Decent Slovakia initiative asked, among other things, for an independent police head and for the separation of the Police Inspectorate from the Interior Ministry. The solution tabled by the new Interior Minister, Denisa Saková of the ruling Smer party – who replaced Robert Kaliňák – is however deemed harmful by experts.

Compared to the original version, the recent changes proposed in the draft amendment are less fundamental. The Police President will not be selected directly by the Interior Minister but in the first round they would be evaluated by a jury of seven appointed by the Minister, the General Prosecutor, the previous Police Chief and the rector of the Police Academy. In the second round, the Parliamentary Committee for Defence and Security, in which the coalition parties currently have a majority, would choose. Lawyer Kristína Babiaková of the Via Iuris civic association points out that this means the selection would have a more balanced composition. However she goes on to explain that “Whether this concerns labour unions, the rector of the Police Academy or others – all these people are connected to the Police Corps, and thus also to the Interior Minister.”

For example, the rector of the Police Academy is chosen directly by the Minister. He or she also cooperates closely with other officials who are supposed to select the committee members. Minister Saková refused to give in to the initiative proposed by the civic organisation We Want to Believe.

“The very existence of the committee is a step forward by the Minister but she failed to bring specific arguments as to why she had refused the proposal to make the committee’s composition well-balanced,” Babiaková says.

The Interior Ministry has only agreed to stricter criteria for selecting the people who can sit on the committee. They should have ethical and professional qualities and the General Prosecutor cannot appoint a police officer to the committee.

- from the group of applicants deemed apt by the committee, interior minister will recommend at least three to the Parliamentary Committee for Defence and Security

Lučanský will not be allowed to stay

Even though Saková’s amendment does not involve a potential recall of the Police President, she failed to detail the reasons for such a step. The draft would also have to be passed by three-fifths of the defence-security committee and the former Police President Tibor Gašpar would very probably have been supported by the committee, for example. Chair of the committee, Anton Hrnko of the junior coalition party SNS, said after Gašpar’s voluntary resignation that he is not happy about this end result.