Minister: Introduction of tariffs on cars imported to the USA from the EU would be unfortunate

Analysts calculate a slight impact on Slovakia's economy based on the automotive industry but warn of a possible trade war. 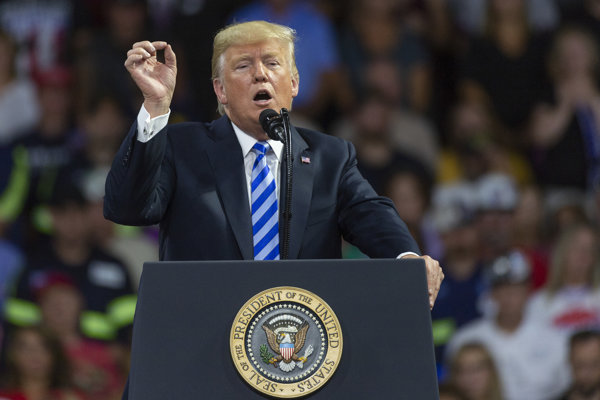 It would be unfortunate if the USA introduced tariffs on cars imported from the European Union, said Economy Minister Peter Žiga (Smer) on Wednesday, August 22, in response to statements by US President Donald Trump, who indicated that the USA will introduce 25-percent tariffs on such vehicles.

“If that happens, it won’t be good news for world trade, not only for European trade but also for American trade because I expect the EU to engage in retaliatory measures,” said Žiga, as cited by the TASR newswire, adding that this spiral will not bring anything positive to anybody.

The economy minister views President Trump’s current utterances as just statements within a pre-election campaign. The US administration has not provided an official stance yet.

"So we’ll comment on it only when it comes out as an official position and we’ll provide statements along with other EU countries,” said Žiga.

Slovakia will feel a slight impact

Slovakia's economy, a significant portion of which is based on the automotive industry, would feel the increase of tariffs on cars imported from the EU from the current 2.5 percent to 25 percent, according to the Financial Policy Institute (IFP) think tank running under the Finance Ministry. But IFP analysts do not expect this to be significant as they calculate it as slowing down economic growth by 0.03-0.11 percentage points, the SITA newswire reported.

Slovenská Sporiteľňa analyst Katarína Muchová says that the increase of the tariffs is not good news for either the EU or the United States.

“For the United States, this will increase the price not only of European cars for domestic consumers, but, if the tariffs apply also to components meaning American cars might become more expensive too,” said Muchová, as cited by TASR.

Of the three major carmakers in Slovakia, only Volkswagen Slovakia exports cars to the US. Last year it exported each fifth car to this destination.

If the tariffs are implemented, a certain impact will be felt by Slovakia, although not a significant one.

“However, these are mostly luxury vehicles, a category where the sensitivity to price is not so pronounced than with cars in the lower price range,” said Muchová. “Therefore, the impact is not likely to be so notable.”

Furthermore, if automobile makers redirect the exports originally inbound to the USA to other markets, they might soften the consequences of tariffs even more.

“What remains to be seen is the EU response to this latest US measure, namely the introduction of retaliatory measures,” said Muchová.

A similar view is espoused by Economic and Social Analysis Institute (INESS) analyst Radovan Ďurana, who perceives the tariffs as an unfortunate policy.

“The tariffs trammel free trade and come at the expense of both Slovak and European employees as well as American consumers, the latter being stuck with a smaller range of products and more expensive cars,” said Ďurana.

In terms of Slovak exports to the USA, Durana does not expect this specific measure to wield any tangible impact.

“Its risk lies in the fact, however, that it might herald the beginning of a trade war,” said Ďurana.