Tram stop returns to Špitálska after one year

Reconstruction of the tram track in the Bratislava city centre finally complete. 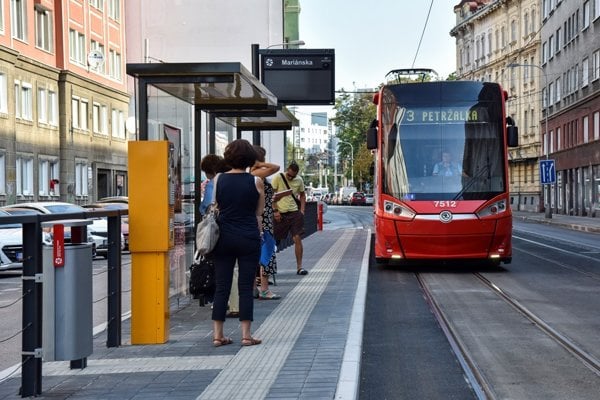 After a dispute over the new site for the tram stop on Špitálska Street in Bratislava’s Old Town borough, last year’s reconstruction of the local tram track, with a price tag of €2.5 million ex VAT, was completed without a tram stop at all. Now it has been returned to its original place and has made travelling by tram to the city more convenient. Originally the distance between the nearest stops was 650 metres. Now it is 305 meters.

“We are putting the tram stop, which we call 'At Two Lions' after the sculptures of animals on the façade of the Presidium of the Police Corps, into operation,” said Milan Urban, CEO of Bratislava Transport Company (DPB) on August 23, as cited by the TASR newswire. 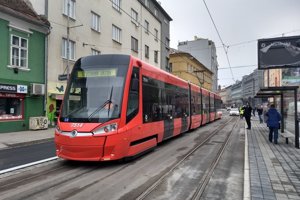 The construction of the stop, officially called Mariánska, which is wider and safer than the previous one and equipped with an electronic board showing the arrivals of the trams, lasted roughly two weeks and cost about €110,000.

A dispute over the tram stop which the city planned to move from the front of the Presidium of the Police Corps to the front of houses 31-35 on Špitálska, interrupted the reconstruction of the track for two weeks in mid September last year. Construction resumed after the Bratislava Region administration halted its plan to relocate the stop but it took time to get the needed permissions to return the stop to its original place.