Slovakia did not even consider extending a helping hand to Italians

There would be no better way to commemorate the historical legacy of the 1968 occupation and the solidarity that refugees from Czechoslovakia received in other countries then. 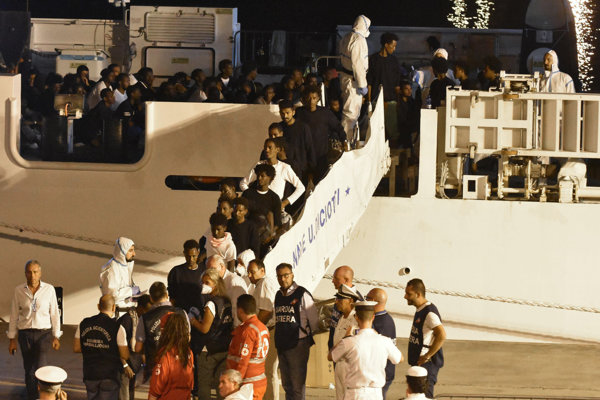 While Slovaks commemorated the anniversary of the 1968 occupation, another refugee drama was unfolding in Italy.

Diciotti, a boat of the Italian coast guard, saved 190 people in the waters of the Mediterranean on August 15, but it had nowhere to drop anchor. Only after 13 people needed urgent hospitalisation, did Italy allow the boat to come to the port in Catania, Sicily, but the people were not allowed to disembark.

Italian Interior Minister Matteo Salvini said the people would only be allowed to set foot in Italy if the EU states agree to distribute them evenly among themselves. Otherwise, he warned, they might even turn the boat back to Libya. In the end Albania, Ireland, and the Italian Catholic Church took care of the people and on Sunday, August 26, they were finally allowed to leave the boat.

Meanwhile, Italian prosecutors launched a criminal prosecution over the illegal detention of these people, which might even affect Minister Salvini himself.

We should not forget that in this case, just like in previous cases, it was all about people. These rescued people were present on an Italian boat, under Italian power, which forced them to stay on the boat against their will and apparently without any decision.

Add the fact that Italy used this forced retention on the ship, which thus turned into a prison for them, as blackmail to force other EU member states to agree with their re-distribution.