An open-air museum is opening near site. 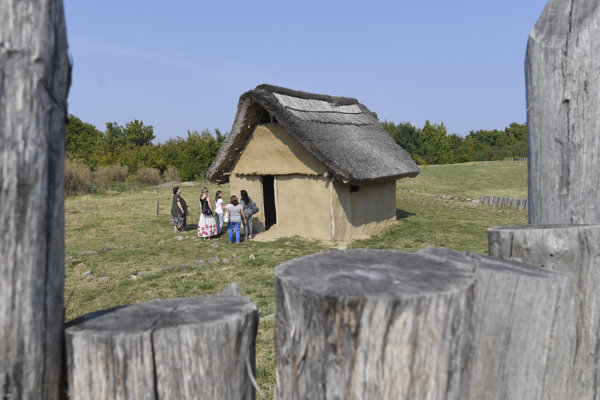 Archaeologists are continuing to uncover an excavation site from the Bronze Age near Nižná Myšľa. The Várhegy site, with an area of about ten hectares, includes an important fortified settlement and burial site.

Archaeologists have examined the remains of 14 houses with fireplaces and earthen floors measuring 3x4 metres within the inside of the compound that helps to reconstruct the settlement.

“It seems that the settlement included at least two streets that divided the houses,” said Dárius Gašaj, as quoted by the TASR newswire.

The former inhabitants often threw away broken pieces of vessels or waste from their homes such as animal bones and thanks to them the street became firmer, said Gašaj. 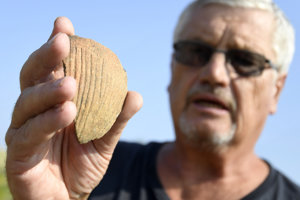 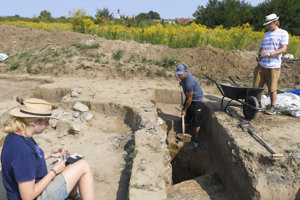 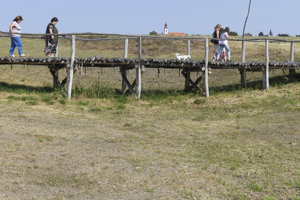 The Early Bronze Age settlement was fortified with a clay bank and a 5-metre-deep moat with a bridge and a gate. The site has also yielded some earlier findings from the Intermediate Bronze Age as proved by the remains of holes that disrupt the clay floors of the houses.

“Research this season unearthed several of these holes and we have beautiful ceramics and whole vessels as well as other tools made from stone or antlers,” noted Gašaj, as quoted by TASR.

The location in Nižná Myšľa will serve as an archaeological, open-air museum giving an idea about settlement and crafts in this historic era.

“We have two replicas of the former houses and parts of the fortification with the entrance gate,” said archaeologist Ján Rákoš, as quoted by TASR. The second part of the museum will be production buildings, such as a kiln and an oven for baking bread.