Anna Kolesárová beatified in Košice, with 30,000 in attendance

The teenage victim of World War II was approved as a martyr last month by Pope Francis, and beatified on September 1 as scheduled. 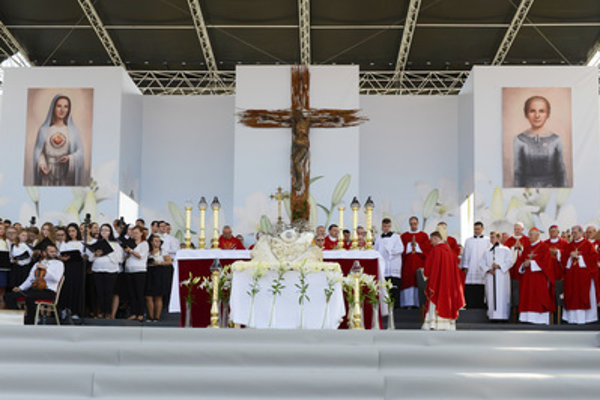 Anna Kolesárová was ultimately beatified on the first day of September, 2018, by Cardinal Angelo Becciu, the new Prefect of the Congregation for the Causes of Saints. Over 30,000 worshippers attended her beatification in Košice, the organisers reported. 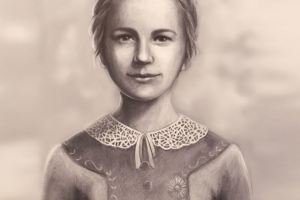 Read also:Victim of holy chastity to be beatified Read more

The beatification ceremony took place at the local Lokomotíva club’s football stadium. Cardinal Angelo Becciu told the media that he was glad that he started his service with this ceremony.

“I feel that I should take our blessed Anna as my guardian,” he noted, as quoted by the TASR newswire. “The ceremony was beautiful; I was touched by the large crowd of the faithful, as well as by the fact that the story was discovered by a group of young people.”

Košice Metropolitan Archbishop Bernard Bober said that the story of Anna Kolesárová from the village of Vysoká nad Uhom (in Košice Region) was pretty much unknown before the fall of communism in 1989. 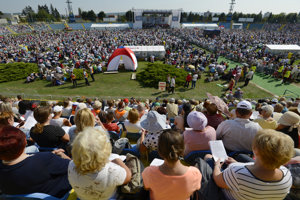 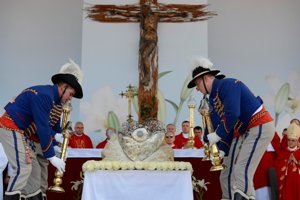 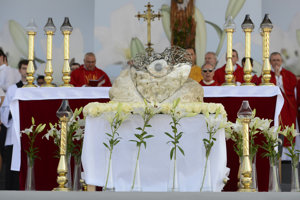 “She was shot and killed at the age of 16 by a Soviet soldier [in 1944] as she was attempting to preserve her chastity and dignity,” said Bober.

According to the vice-postulator of Kolesárová’s cause Juraj Jurica, Saturday’s beatification is the result of a church and legal process that began in 2004 and lasted until 2011.

A 15-strong tribunal was formed in the Košice Archdiocese to examine whether Anna Kolesárová met the criteria to be beatified, he said, adding that 38 witnesses were heard as part of the process, which produced a 650-page document.