A member of the Slovak contingent with the Resolute Support mission in Afghanistan saved the life of a US civilian contractor last week. 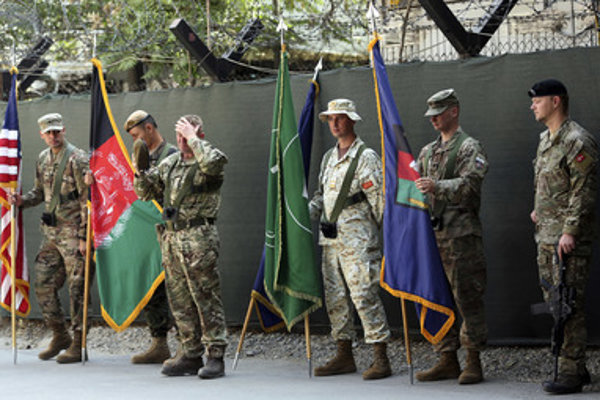 Afghanistan and NATO soldiers hold their flags before the start of the change of command ceremony at Resolute Support headquarters, in Kabul, Afghanistan, Sunday, September 2, 2018 (Source: AP/SITA)
Font size:A-|A+44

A member of the Slovak contingent with the Resolute Support mission in Afghanistan, Januška saw the American lying unconscious in a washroom in one of the buildings. The Slovak serviceman immediately gave the man first aid, put him in the recovery position and called for help to the ROLE 2 on the HKIA base.

“I’m extremely proud of every single military police officer and professional soldier who represent us in this way either at home or abroad...” said Defence Minister Peter Gajdoš, adding that Januška’s deed should serve as an example for every member of the Slovak Armed Forces.

The Resolute Support operation is aimed at training the Afghan armed forces to serve their own country and protect it, Defence Ministry spokeswoman Danka Capáková informed TASR.