Sky above Sliač full of aircraft

The air show featured the latest aviation technology of the Slovak Air Forces. 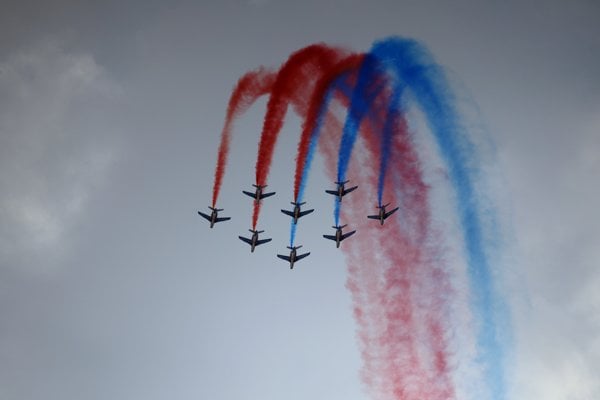 Sliač airport near Banská Bystrica saw the largest aviation show in Slovakia both in the air and on the ground, with more than 60 aircraft from 13 countries at the SIAF 2018 international air show between September 1-2 attended by tens of thousands of visitors. Among the highlights of the eighth SIAF air show were demonstrations by the renowned acrobatic groups the Royal Jordanian Falcons and Patrouille de France. 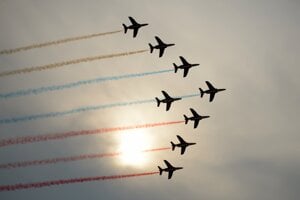 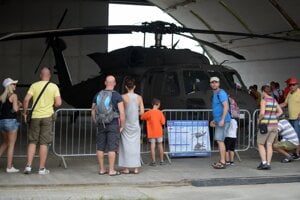 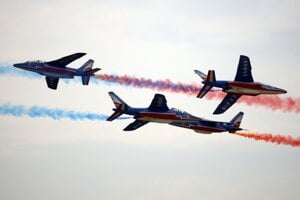 This year’s show at Sliac airport was strongly influenced by the 100th anniversary of the founding of Czechoslovakia. The event included the Czechoslovak aviation legends - the L-29 Delfin and the MiG-15 aircraft. In addition, a unique euro banknote depicting an erstwhile showpiece of Slovak aviation - the Biele Albatrosy (White Albatrosses) acrobatic group – was issued to mark the event.

The show also featured the latest aviation technology used by the Slovak Air Forces - the UH-60 Black Hawk helicopters, the C-27 Spartan military transport aircraft, an airbus and the MiG-29 fighter jets along with other machines, including JAS-39 Gripen jets and the Airbus of the Czech Air Forces.

“I’m pleased by the fact that there is more of the latest military equipment of the Slovak Army’s Air Forces in the show compared to last year,” said Defence Minister Peter Gajdoš (SNS) at the opening. “I can say that now we are better prepared to offer help in crisis situations wherever it’s needed, either in extinguishing fires on hardly accessible terrain, or in search actions and other emergency situations.”