No need to celebrate the Constitution; it's a remnant of Mečiar's era

Unlike some other state holidays, Constitution Day was even attended by ex-prime minister Robert Fico. 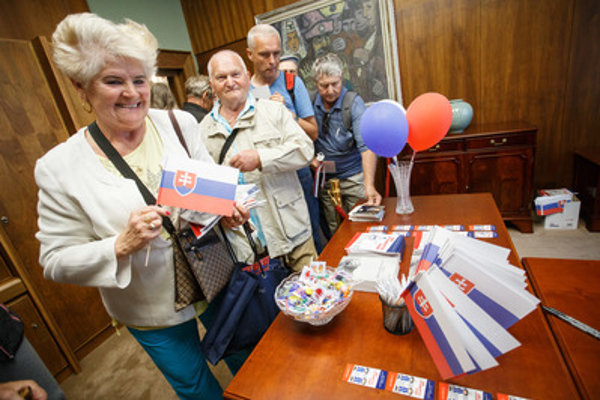 A hyped-up holiday created during the era of [autocratic premier] Vladimír Mečiar – that is how a historian and political analyst view Slovak Constitution Day, adding that the public is not fully accustomed to this state holiday.

Some politicians commemorated it more spectacularly on Saturday, September 1 than the recent 50th anniversary of the August occupation of Czechoslovakia.

“Constitution Day is a superfluous holiday,” historian Dušan Kováč said. “The Constitution is a contract among citizens on how the state should function, not a sacrament or “golden calf”, he added. He deems the constitution from September 1, 1992 a work of then-prime minister Vladimír Mečiar, stating the only purpose of creating this holiday was to draw attention to his own rule.

“By that time, the Czech and Slovak Federative Republic still existed. So was it a constitution of independent Slovakia, which did not even exist then? That’s nonsense,” Kováč explained.

They failed to commemorate the occupation

On September 1, Open Day in the Slovak Parliament takes place annually. Earlier in the day, Speaker of Parliament Andrej Danko of the SNS party met in the original parliamentary building with former parliamentary speakers.

Prime Minister Peter Pellegrini of the Smer party paid tribute to Constitutional Day there, too.

The state failed to organise any central event to mark the jubilee of the Soviet invasion of then-communist Czechoslovakia. Pellegrini commemorated it at the grave of the 1968-leader of the Communist Party [and proponent of the Prague Spring political reformation] Alexander Dubček, while Danko attended a reverential event at Šafárikovo Square in Bratislava organised by the Confederation of Political Prisoners of Slovakia.