The ceremonial Reading of the Names of Holocaust Victims takes place this Wednesday, September 5. 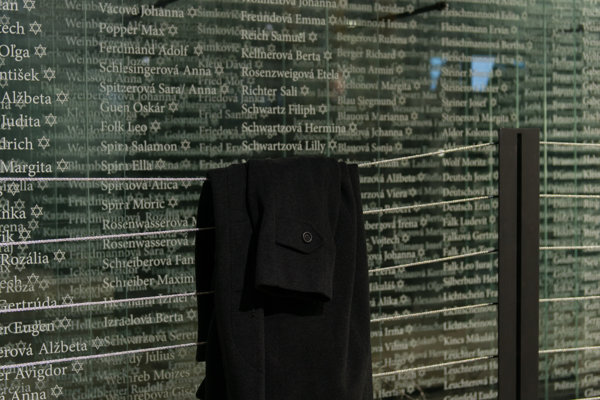 The Day of Victims of Holocaust and of Racial Violence is September 9, but this year, Holocaust victims and the constant fight against all forms of racism, xenophobia, hatred and oppression will be remembered both four and two days earlier.

On Friday, September 7, wreaths will be laid at the Holocaust Victims Memorial at Rybné Sqaure in Bratislava, at 14:30, Stanislava Šikulová of the Museum of Jewish Culture informed the SITA newswire. Apart from members of the Slovak cabinet, the ambassadors of several countries will participate. The Memorial – a work by sculptor Milan Lukáč and architects Peter and Lucia Žalmans – is called a Deserted House Under the Star of David, and will symbolise the violent deportations of Jews to concentration camps and the demolition of a whole Jewish neighbourhood in Bratislava. In the past, a Neolog synagogue used to stand at the site – and the monument symbolises the abandoned homes to which the murdered Jews never returned, according to SITA.

Reading the names and opening museums

On September 5, at 18:00, the Reading of the Names of Holocaust Victims in the P.O. Hviezdoslav City Theatre in Bratislava will take place, attended by President Andrej Kiska. 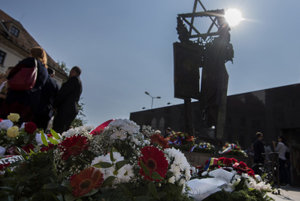 In the Holocaust Museum in Sereď, a new part of the exhibition, a fourth original block of the labour and later concentration camp that used to be located here during World War II will open on September 7, at 10:00. Prime Minister Peter Pellegrini and Culture Minister Ľubica Laššáková will participate in this event. The blocks show visitors how the camp in the southern Slovak town of Sereď used to work, from its rebuilding in 1941, until the last transports of the inmates, between November 19, 1944 and March 18, 1945. 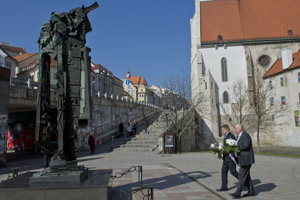 On the Day of Holocaust Victims and Racial Violence on September 9, a concert of Jewish songs performed by Jana Orlická and the Pražské Jazzové Trio will round up the days of remembrance of 2018 at 15:30 in the Dvorana (Courtyard) hall of the Culture Ministry in SNP Square, SITA wrote. 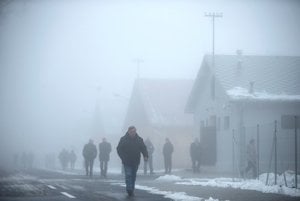