Ethan Allen Smith crashed above Sliač. The stories of such veterans create a tradition worthy of the democratic development of our country. 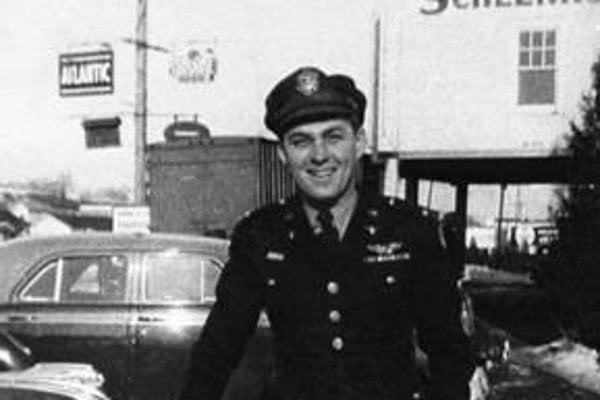 When the young US pilot Ethan Allen Smith woke up to an Italian morning on September 17, 1944, he could not have dreamed what the day had in store for him. This of course, was much the same as any other day as the tasks the pilots at the Italian air bases were charged with were demanding. They involved stories of various colours, sad to say mostly dark ones.

Smith piloted a P-51 Mustang fighter plane which accompanied the four-engine B-17s and B-24s into the territory of Nazi Germany where the Allies engaged their British and US bomber squadrons to destroy strategic targets.

On this particular day, two planes, 166 B-17 and 384 B-24, took off from their southern Italian base, their ultimate target to bomb refineries and railroad nodes in Budapest. Two more B-17s of the 483rd Bombardment Group of the 15th US army air corps took off from their base in Bari with a fighter accompaniment composed of 25 P-51 Mustangs and joined them as they headed into Hungarian territory.

The B-17s from Bari split from the massive strike force above Nagykoros and headed, together with their accompaniment of fighter planes, towards central Slovakia. Here, the resistance army and guerrillas had been fighting against occupying Nazi units and the regime of the Germany-inclined state since August 29, 1944.