President: Every name holds a story of the Holocaust victims and their families

Jews deported to the extermination camps during WWII were remembered with the reading of names from deportation lists in Bratislava. 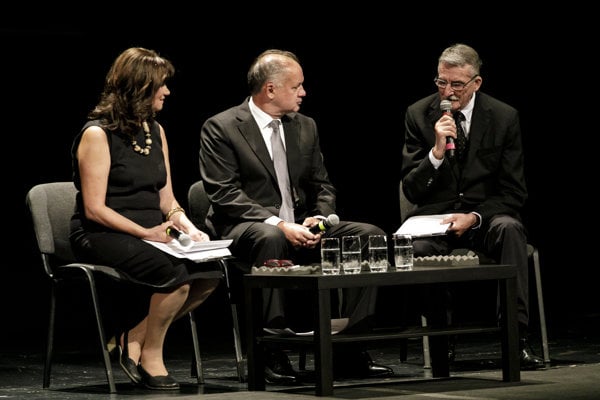 Every name holds the story of a person and their family, said President Andrej Kiska during the annual Reading of the Names of Holocaust Victims in the P. O. Hviezdoslav City Theatre in Bratislava. He called on people to prevent similar events from happening by building “clear and solid barriers” against any kind of extremism.

“We see also today that evil is growing fast,” Kiska said, as quoted by the TASR newswire. “We can’t forget that in the beginning of every similar tragedy there was a word. Words were used to spread hatred towards people of other religions or skin colours. Also today words of hatred are often spread via social networks, media and people.”

It is necessary to talk about evil, the president stressed. One of the ways to delineate barriers against hateful behaviour in society is that people with the same values of love, understanding and forgiveness will create a sense of belonging, as reported by TASR.

With the Day of Victims of Holocaust and of Racial Violence in Slovakia, which falls on September 9, Slovakia remembers the adoption of the 1941 Jewish Code. It introduced new rules concerning the social and economic degradation of Jews. In 270 paragraphs, the code introduced a special legal regime for Jews, who in fact lost their civil rights. The Jewish Code belonged to the toughest anti-Jew laws in Europe. 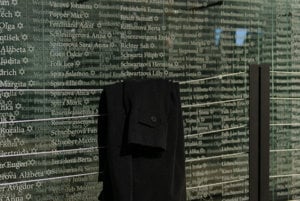 One year later, thousands of Jews were deported to the extermination camps, TASR reported.

The Holocaust memorial in Bratislava, built on the site of the former synagogue, was ceremonially revealed on August 28, 1997. The joint statement to the Day of Victims of Holocaust and of Racial Violence and the displays of extremism and hatred was adopted by the parliament on September 6, 2006.

Moreover, to remember those deported to the extermination camps where they later died, the names from the deportation lists are read every year. So far, some 4,000 names have been read. The ambition is to read all 58,000 names, the public-service broadcaster RTVS reported.