Most Slovaks prefer to relax by the water during their holiday. 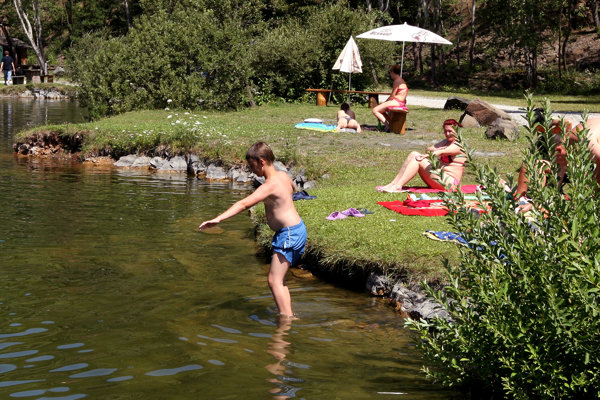 Relaxing by the water is the main reason for a holiday for two thirds of Slovaks, while one in five wants to discover new places, 14 percent want to have a rest, 13 percent want to visit their families or friends and a mere 3 percent want to actively do sport, according to a survey carried out by the Go4insight agency on a sample of 1,000 respondents aged between 15-79 at the turn of July and August 2018.

The survey showed that 35 percent of Slovaks have never been on a seaside holiday. Even among people with a net income higher than €1,000 about 15 percent have never taken a holiday by the sea.

“This summer 46 percent of the Slovak population aged between 15-79 took a holiday,” said Július Filo, managing partner of Go4insight, as cited by the TASR newswire.

Concerning their holiday destinations, the highest share of Slovaks (36 percent) spent their summer holiday in Slovakia this year. They spent a holiday chiefly in central Slovakia, followed by eastern Slovakia, while the lowest share spent a holiday in western Slovakia. The most popular foreign destinations for Slovaks are Croatia, followed by Italy, the Czech Republic and Greece.