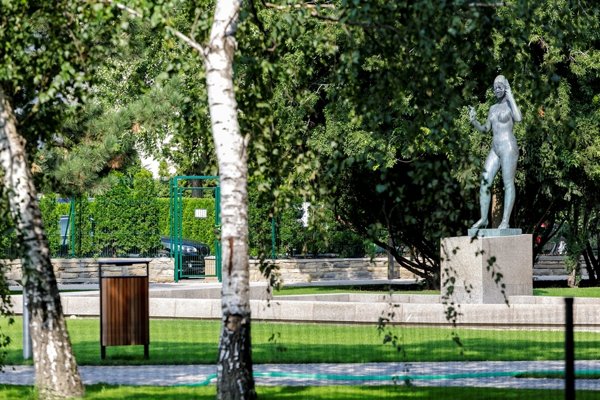 Bratislava is getting a new modern and functional public space. Bratislava’s borough of Old Town is just finishing off the work on the new look of the once abandoned Landerer’s Park close to Šafárikovo Square. After the work is complete, the more than 7,000 square metre park will feature more lawns and less asphalt than in the past. There will be new lamps, benches, dust bins, a playground for children, a dog park and a reconstructed fountain.

The creator of the new design for the park is a German architect of Slovak origin, Hans-Michael Földeak. He is currently working in Paris, the TASR newswire reported. 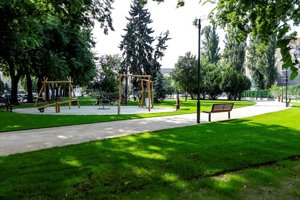 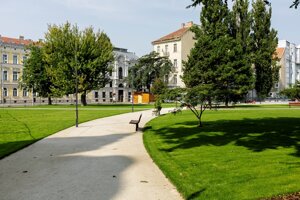 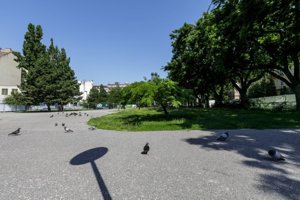 Landerer's park now and before (16 photos)

The works on the park cost €400,000. The Old Town borough has covered one half and the civic association Dobré Miesto, launched by the foundation of the developer HB Reavis, has covered the second half.

The park is named after a former dominant building in this area – Landerer’s Palace and also for the first book printer in Bratislava - Ján Michal Landerer.

The park will open with a picnic on Saturday, September 8. The programme starts with a yoga lesson at 10:00 to be followed with a theatrical performance for children at 11:00. At 12:00 architect Hans-Michael Földeak will tour the park with those interested and explain his ideas behind the project. A concert by Funny Fellow will follow at 13:00.

Refreshment will be secured by NYC Corner and UNAS street food while Pán Králiček will serve coffee.