Parliament meanwhile adopted the amendment, which in fact returns the transformation to the very beginning. 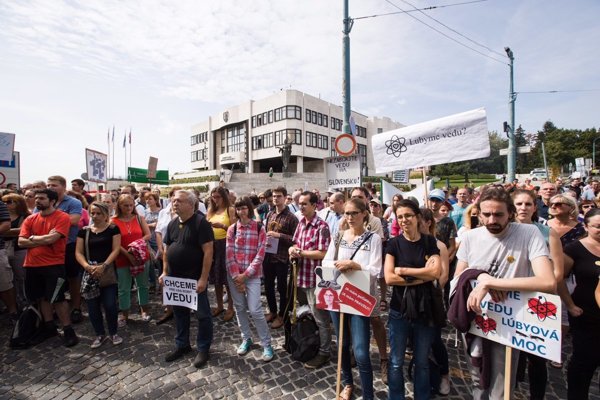 Slovak scientists are concerned about the current state of the Slovak Academy of Sciences (SAV), which has been fighting with the Education Ministry over its transformation into a public research institution for about three months.

“This state is the result of political pressure and processes that have nothing to do with the efforts to help our science,” reads the open letter signed by Vladimír Bužek, Peter Moczo, Michal Novák, Martin Venhart and Jozef Vozár.

The scientists even organised a protest rally on September 11, with about 500 SAV employees demanding the resignation of Education Minister Martina Lubyová (nominee of the Slovak National Party). They also called on the MPs not to adopt the amendment to the law which, in their words, would mar the transformation of SAV and harm the interests of Slovakia.

However, the parliament overrode the veto of the president and passed the amendment later on September 11.

Politicians do not support academics

The dispute started at the beginning of summer, after the Education Ministry refused to register SAV institutes as public research institutions, claiming that they failed to deliver necessary documents. However, the scientists claim that they submitted all documents the ministry has asked for, plus some extra ones.

Due to the stalemate, the proper operation of SAV’s institutes is hampered, the scientists added. 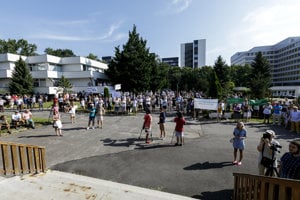 “Slovakia has a good reputation in many scientific fields, with many of our workplaces collaborating with top universities and institutions in Europe and across the globe,” reads the open letter. “As a very small country we have, despite all our problems, a good chance of becoming a society of critical thinking, science and significant local economic innovations.”

However, the scientists claim that the political environment does not support top academics and young scientists who see prospects in science.

“We are of the opinion that since the very beginning the ministry has been pursuing the aims that have nothing to do with the original goals of the law to help Slovak science,” the open letter states.

Scientists also called on the Education Ministry to immediately stop all steps aimed against SAV and abstain from the misleading information provided to the public. They also called for Lubyová’s resignation since she “has lost our trust and does not represent the interests of Slovak science”.

Lubyová responded that she was very sorry that such figures of Slovak science like Martin Venhart and Vladimír Bužek, who cooperated with her and the ministry developing all efforts to support them are those who, without previous contact and information, are calling for her dismissal, as reported by the SITA newswire.

Even though the ministry agrees that the current situation has resulted from political pressure and processes that have nothing to do with the efforts to help science, it stressed that the main initiator of this state was SAV, which has failed to complete the transformation. 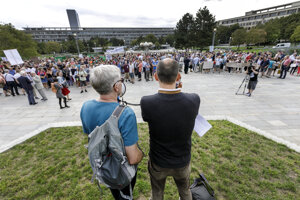 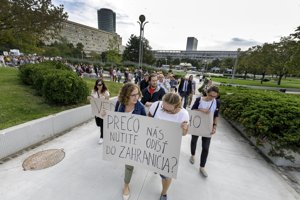 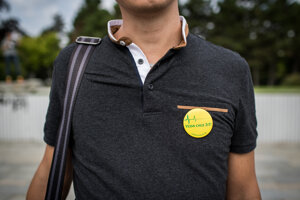 The parliament meanwhile adopted the amendment to the law on universities, which impacts the law on the quality of university education and SAV, vetoed by President Andrej Kiska. In parts concerning SAV, the president pointed to a potential threat to its transformation since the draft would result in chaos and legal uncertainty, SITA reported.

The adoption in fact means that the entire transformation will return to the beginning and SAV’s institutes will function in the same manner as before. The amendment also obliged SAV to secure all steps to complete the transformation by December 31, 2018, the TASR newswire reported.

“I have to digest this and discuss it with lawyers,” SAV’s head Pavol Šajgalík said, as quoted by the Sme daily.

SAV opines that the law applies only to institutions that failed to meet conditions for being listed in the register of public research institutions. Since they met these conditions, they are not subject to the new provisions, as reported by Sme.

SAV also wants to rely on the recently issued statement of the General Prosecutor’s Office, which called on the ministry to decide on the registration as soon as possible. The ministry, however, claims that the statement in fact approves its steps in the entire process.