Thanks to the victory over Iceland, the Slovak Under-21 team secured second place in the European Championship qualifier group. 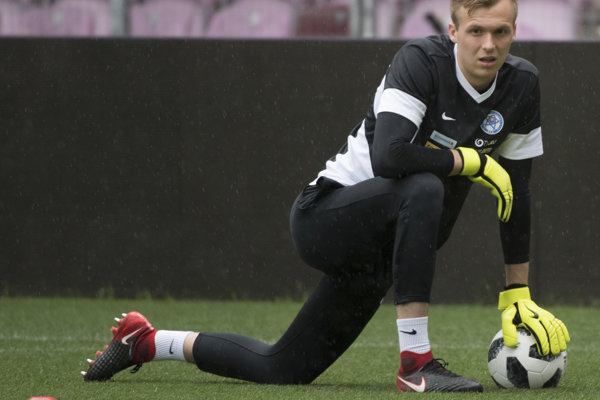 Slovak football players placed second in Group 2, advancing to the play-offs for the 2019 UEFA European Under-21 Championship. They defeated the team from Iceland 3:2 in the September 11 match, with the decisive goal being scored by an unlikely player: goalkeeper Marek Rodák.

He could be described as “the man of the match” since he prevented the Icelanders from scoring several times, the Sme daily reported.

The whole match could be described as crazy, which was only enhanced by the way it was broadcast by Icelandic television. It offered several curious and even entertaining pictures. For example, a hand with rag to clean the lens was once shown to the viewers, Sme wrote.

However, for the competing teams the match was rather a drama. Slovaks put all their energy into offense.

“It was an amazing match,” Slovak coach Adrián Guľa said, as quoted by Sme. “You can play football for a long time, but will experience this maybe once.”

Slovaks could have led in the initial phase, but captain Denis Vavro wasted a penalty kick and the Icelandic goalkeeper caught it easily. Then Slovak Albert Gudmundsson scored a goal in the 33rd minute, Sme wrote.

After the half-time break, Slovak László Bénes evened the score.

In the last minute of the match, Tomáš Vestenický scored 2:1 favouring the guests, but a few seconds later, Michal Sipľak committed a foul and Gudmundsson scored once again in the fourth minute of overtime.

The “new discovery” plays in UK

The victory was secured by Rodák with a header at the very end of the match.

Rodák was “the man of the match”. The Košice native gets better every year, Sme wrote. Starting in the UK’s Fulham (Premiere League) in 2013, aged 16, he played in the British sixth league, then in the fourth league. Currently he is the goalkeeper in Rotherham United, i.e. the second league. But he is listed with Fulham.

“A long spell in the adult team of a lower English league is more important for me than playing for a youth team. It is valuable experience,” Rodák noted for Sme.

In June, the coach of the Slovak national adult team, Ján Kozák, drafted him to play on the A team.

“The boys gave an awesome performance, with an unshakable will, not broken by all the negative things that happened in the match,” Guľa said, as quoted by Sme.

He thanked the team for such an experience, which ensures they will progress further in the championship.