Kempelen invented much more than just the Turk, a chess-playing automaton

The exhibition reveals the secret of the Turk and it was not the legless chess player hidden inside. 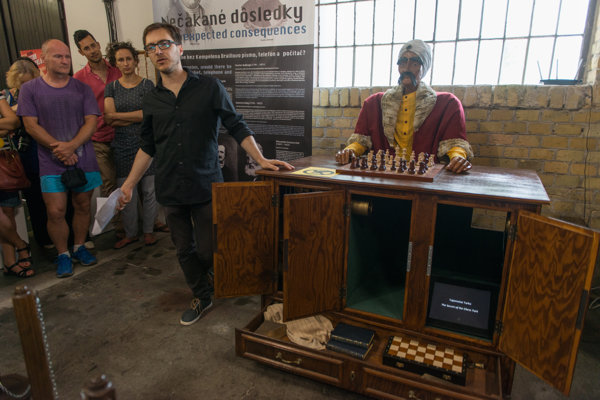 While stirrings and speculations around the chess-playing automaton made by Wolfgang von Kempelen are what made him most famous, his inventions and interest were much wider. This ranks him among figures similar to Da Vinci. He has several world patents under his belt. For example, the first patent granted for a steam turbine or one of the first practically usable writing devices for the blind.

“Paradoxically, the chess-playing automaton ruined his name and gained him the reputation of a cheater,” said Andrej Groll, the author of the Slovak-English exhibition about Kempelen and his inventions in Bratislava. “This polymath, however, was not a cheater, but a man of the Enlightenment who tried to make the world a better place.”

Kempelen has been fascinating Groll since childhood. Since the inventor is an almost forgotten figure in Bratislava and does not have a museum in the city, Groll has resolved to at least organise an exhibition about him. Besides detailed information about his life and inventions, visitors can see in the models of his inventions, including his steam turbine and the Turk.

Kempelen was a polymath, inventor, councillor as well as artist. He was born in Pressburg in 1734 and his whole life fits into the 18th century, the peak of the Enlightenment or the Age of Reason.

“The times were favourably inclined toward polymaths here as well,” said Groll. “Apart from Kempelen there was Matej Bell, Johann Andrea Segner and Adam František Kollár.”

The revolutionary discoveries of Isaac Newton in the previous century or the efforts of French philosophers to popularise science led laypeople to science. Those better off launched labs in which they indulged in experiments. This was the case of Kempelen, who sought comfort in his lab after the death of his first wife only four months after they married. 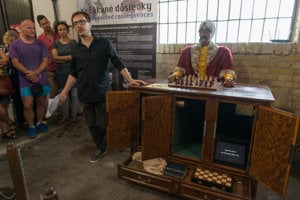 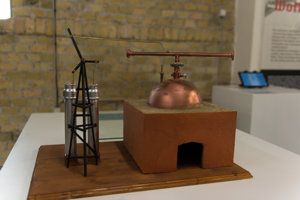 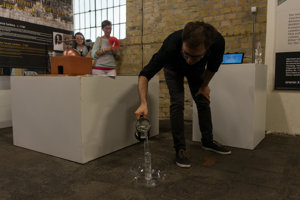 Exhibition of Kempelen and his inventions (6 photos)

Thanks to his talent and personal intervention by the Empress Maria Theresa, Kempelen quickly worked out to become the director of salt mines throughout Hungary, and even completed his career as the councillor of Transylvania. He was entrusted with the most demanding project or, as we would say today, logistics tasks. 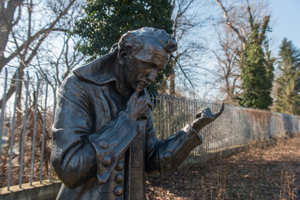 Besides entertaining inventions such as the chess-playing automaton or engineering works, all his life he was dedicated to helping the handicapped. He constructed an adjustable bed for ill Empress Maria Theresa and he was a pioneer in the education of the blind and the deaf and dumb.

In addition to his technical skills, he had artistic talent. He achieved his greatest success as a playwright. His melodrama, Andromeda and Perseus, was performed in Vienna, Buda, Pressburg and even Prague. His drawings as well as two manuscripts of his poems have been preserved.

However, it is not very well known that Kempelen worked on steam machines and that he achieved huge successes in this field. At that time, the country that is now Slovakia was the only one except for the British Isles where steam engines expanded before the Industrial Revolution, said Groll, adding that at that time, they were still very primitive, cumbersome and inefficient, but found their use in the mining industry.

Kempelen was aware of the potential of steam energy and invested all his savings into attempts to make them more efficient. This led him to the brink of bankruptcy when his prototype nearly exploded before the patent committee. So, he firstly did not get the patent, but he did not give up.