He reportedly has never hidden his beliefs.

For the first time, a Slovak has been detained abroad on the suspicion of preparing a bomb attack.

A radical follower of Islam, with Slovak origins using the name Abdul Rahman, was arrested by Czech police officers in mid-November 2017, but the information about his plans was leaked to the public only recently, the Sme daily reported.

“We can confirm he is the first Slovak citizen detained abroad for these types of charges,” Michal Slivka, spokesperson for the Slovak Police Corps Presidium, confirmed for Sme, adding that they are cooperating with their Czech colleagues.

The first to break the report about the man was the Czech daily MF Dnes, according to which a man identified as Dominik K. has been in prison for nearly a year. He has failed in a complaint against the prosecution at both the Prague City Court and the Czech Constitutional Court. 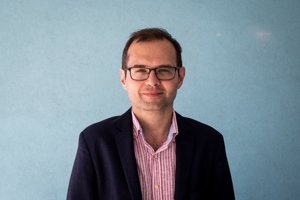 His situation worsened after a house search by the police who found documents on his computer such as videos of the Islamic State calling for Jihad and the fight against western civilisation, and details of the chemicals necessary for bomb production, Sme reported.

“Not only videos depicting executions, but also instructions on how to construct a bomb and attach an explosive to a body or a car inconspicuously and then detonate it have been found in his notebook,” said Radovan Suchánek, president of the Czech Constitutional Court, as quoted by Sme.

Muslims do not celebrate New Year

Dominik K. was also active in public. Apart from visits to the mosques in Prague, he would wear clothes typical of the Islamic State militants and greeted others with the gestures typical for this group: a raised right index finger, which symbolises devotion.

Moreover, he shared many links to various extremist videos and stories on his Facebook profile. This is why the Czech intelligence service became aware of him and moved the case to the Czech National Centre for Organised Crime.

Dominik K. responded by saying that he only wanted to use the chemicals to produce some home-made fireworks to celebrate New Year. He has rejected the claims that he planned an attack.

However, the Czech police say that Muslims do not celebrate New Year, as reported by Sme.

Neither the police nor intelligence services say what kind of contacts the detained Slovak had. However, the Czech intelligence service wrote in its latest report that they are aware of some individuals who have been inspired by Islamic ideologies, but they remained alone in their opinions and have not spread them among the Czech Muslim community. As a result, the threat from that community has remained modest, Sme cited from the report.