A plagiarist was appointed professor

The university that convicted him only checked his scientific and pedagogical profile when assessing the candidate. 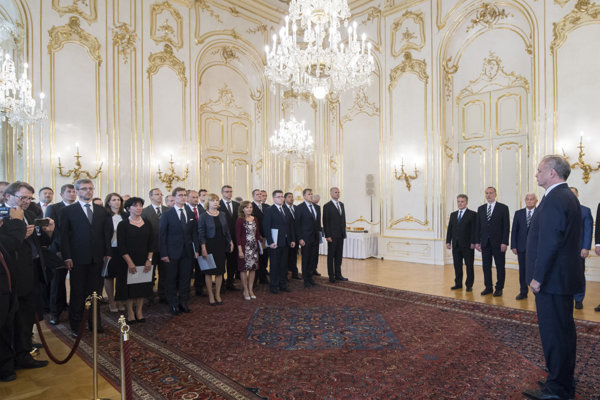 President Andrej Kiska appointed Marián Vanderka as a professor for the Faculty of Physical Education and Sports of the Comenius University in Bratislava on September 19, despite several scandals.

Back in 2016, he was convicted of plagiarism. Moreover, one year later he knocked a pensioner on the ground because he blocked him while parking, the Sme daily reported.

Copied texts by a deceased colleague

The textbook titled “The Theory of Sport and the Didactics of Sport Training” was issued by four authors, one of whom was Vanderka, in 2012. It was later proven that three authors copied the texts from older textbooks written by their deceased colleague, Roman Moravec. However, they failed to name him in the book.

The school learned about this from Moravec’s widow, Jiřina Moravcová, Sme reported.

“The commission said that the motion on plagiarism was legitimate, even though the authors explained the reasons why they did it,” Mičieta told Sme last September.

The textbook was withdrawn from sale and the three authors paid compensation to the widow.

An incident with a pensioner

Another scandal Vanderka faced occurred in November 2017, when a pensioner did not leave the driveway while he was parking. Vanderka pushed him and knocked him to the ground.

“I wanted to park in the courtyard and really wanted to go to the toilet,” Vanderka explained. “The older man did not want to leave even after I waited in front of the entrance and hooted at him, and he started banging on my car with his stick.”

Vanderka first said he only pushed the pensioner, who later fell on the ground. After Sme sent him pictures, he changed his story.

The police classified the incident only as a minor offence. If Vanderka was found guilty, he would have to pay €99, Sme reported.

Kiska appointed a total of 55 new professors on September 19. He stressed during his speech that the degree is not only an appreciation of a teacher’s work, but also a commitment for society.

“I’m convinced that it’s you whose voice we need to hear during all discussions in society,” Kiska said, as quoted by Sme.

The president can only assess whether all legal conditions to appoint a person professor have been met. In this case, they were, explained his spokesperson Roman Krpelan.

“President Andrej Kiska said in his speech held during the appointment ceremony, attended by the representatives of the Education Ministry, the Accreditation Commission and the university council that we also have practices for which we would be ashamed of under normal circumstances,” Krpelan added, as quoted by Sme.

The university, meanwhile, told the daily that they were only checking Vanderka’s scientific and pedagogical profile.