The case was repeatedly revealed in the recording of a TV program. 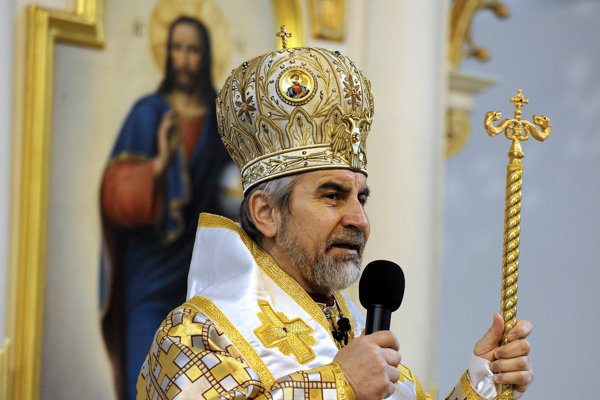 Greek-Catholic Bishop Milan Chautur reportedly sexually harassed a woman when she was a child.

The case was described by theologian Miroslav Kocúr in an interview with the Denník N daily where he referred to the incident at the end of last year when an unnamed Catholic bishop in Slovakia met with the woman during the filming of a TV program, during which she accused him of harassment.

Even though Kocúr did not mention any names, Chautur commented on the meeting on Facebook and the official website of the Eparchy, denying the accusations. Chautur is currently the highest-ranking Catholic Church official in Slovakia, the Sme daily reported.

Back in November 2017, a visit to the Greek-Catholic Eparchy in Košice was announced, with the purpose of congratulating Chautur on his anniversary. The meeting was to be recorded by the public-service broadcaster RTVS.

“He met with two sisters who asked him whether he knew why he was invited,” Kocúr said in an interview. When he could not say, one of them told him that she had been harassed as a small girl, he continued.

After Chautur heard the accusation, he reportedly became angry and by the time the TV staff returned to Bratislava, he had allegedly called their boss asking him how he dared do this, Sme reported.

Meanwhile, the Košice Eparchy claims that the whole meeting was a set-up. Not only believers, but also a woman with a cameraman came and the recording was not intended for the TV program. Both the TV program and the network outcomes were different than agreed, the statement claims, without mentioning any names.

Since the woman has turned to the police, the bishop has been investigated, the Eparchy informed in a statement, as reported by Sme.

Responding to the case, RTVS’s spokesperson Erika Rusnáková told Sme that nobody contacted the broadcaster’s director in connection with the case.

One priest sentenced for harassment

The Slovak Bishops Conference (KBS), whose members are Greek-Catholic bishops, declined to acknowlege whether they knew about the case. Its spokesperson Martin Kramara sent Sme the same statement as the Greek-Catholic Eparchy, without further comment.

Neither priests addressed by Sme nor church analyst Imrich Gazda knew about any case of a priest or bishop harassing a child in Slovakia, apart from the one from Nevidzany (Nitra Region), which dates back to 2015 when a Roman-Catholic priest was conditionally sentenced for sexual harassment of a 11-year-old girl.

However, Roman-Catholic priest Marián Prachár from Bratislava, Gazda and former Trnava archbishop Robert Bezák, agreed that if such a case appears in Slovakia, the Catholic Church should deal with it transparently, Sme reported.