UPDATED: For a Decent Slovakia protests to resume on Friday

After a summer break, organisers of the protests that have drawn masses to Slovakia’s streets stated that their – and the citizens’ – demands are far from being met. 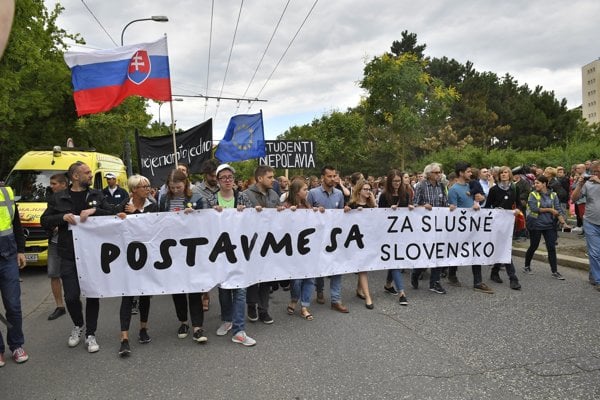 The “For a Decent Slovakia” gatherings will return to the streets of the Slovak capital, with the next edition being scheduled for September 28, starting at 19:00 in SNP Square.

The organisers stated that the public still has not been told who murdered journalist Ján Kuciak and his fiancée, Martina Kušnírová. Earlier this year, the gatherings led to the resignation of Prime Minister Robert Fico in March.

The September 28 event will be supported by dissatisfied scientists, students, farmers, artists, teachers and NGOs, the initiative’s representative Juraj Šeliga said at a press conference, as cited by the TASR newswire. 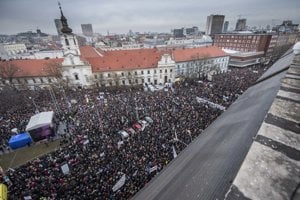 “We want to live in a decent country with politicians serving the public and abiding by the law,” Fedor Gomory of the Science Wants to Live initiative said, as quoted by TASR. “We witnessed over the summer that Slovakia isn’t functioning like this, and that’s why we need to make our voices heard.”

Karolína Farská from For a Decent Slovakia called on people to bring candles, torches and mobile phones to the demos on the evening of Friday, September 28.

“We want to show that light always defeats darkness,” she explained for TASR.

People will gather in other cities too

Apart from Bratislava, the gatherings will take place in two more cities: