Slovak experts to work on a unique city centre in China

Chongming Island is expected to become “a live laboratory” of urbanists. 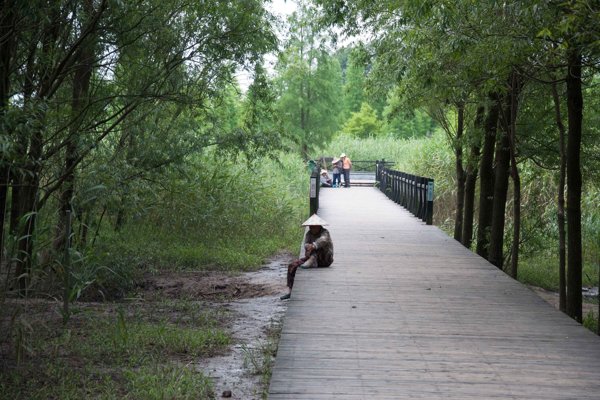 The city of Shanghai in China is planning further development. Its new centre is to be situated on Chongming Island. Since it will have to respect the principles of eco and smart cities, a joint scientific, research and planning centre of the Chinese-European Alliance for Sustainable Development and Innovations, led by the East China Normal University (ECNU) and the Slovak University of Technology in Bratislava (STU), will be opened on October 12.

Chongming Island is expected to become “a live laboratory” of urbanists.

Shanghai has more than 25 million inhabitants. Since the new management of the city wants to reduce the pressure on housing development, it plans to open a new development area on the island, which is the third biggest in China, explained STU professor Maroš Finka.

“A new autonomous part of Shanghai, which should represent the model of the 21st century eco-society, built on the base of environmental, social and economic sustainability while using a smart approach, is expected to be constructed here in a few years,” Finka added, as quoted in a press release.

Two universities collaborate in many areas

Shanghai’s development on Chongming Island will be in the hands of experts in urban ecology and spatial planning from STU and ECNU who, with the help of the members of the newly-established Chinese-European Alliance for Sustainable Development and Innovations, are working on the integration of the most up-to-date concepts to the model of the island’s development.

The universities have been collaborating for 12 years. They have been co-organising summer universities, while there have also been mutual exchanges of teachers, scientists and students.

Their mutual research focuses on ecosystem services and smart sustainable development of cities. They have achieved remarkable results in evaluating the impacts on climate changes and approaches to their elimination that are proven in big Chinese agglomerations and Slovak cities. They also propose and quantify ecologic solutions for cities by using synergy of modern technologies and nature-friendly solutions, STU informed in the press release.

“The creation of the joint workplace of ECNU and STU in Shanghai is considered a natural continuation in collaboration and a chance to institutionalise not only the connections between Chinese and European scientific environments, but also between research and practice of urban development,” said Chinese professor Junxiang Li, as quoted in the press release.

What principles will have to be met?

The model of smart sustainable eco-city development on Chongming Island is based on the integration of several principles, particularly a new urban and circular economy with zero production of waste and emissions, zero energy flows, the development based on efficient and sustainable use of inner sources, urban neuro-fuzzy social and ecologic systems of innovative modes of administration, as well as self-learning and self-organising communities.

“It’s necessary to respect these principles not only on the city level, but also the level of individual city infrastructure systems, from transport to wastewater treatment, but also through all levels, from city quarters and production areas to respective residential houses and flats,” said Ľubomír Jamečný of STU, who coordinates the preparation of projects in the new centre, as quoted in the press release.

Several territorial units are expected to be built on the island. They will meet these principles in different ways, reflecting the geographical conditions and their specific tasks in the city’s organism, Jamečný added, calling them “live laboratories”.

“Progressive solutions will be tested there; these will be gradually widened and create the ecosystem of the new city,” Jamečný said.

The new joint centre of ECNU and STU and the presentation of the project are part of the 1,400th anniversary of the island’s creation, scheduled for October 10-12, STU informed.