The winner of the strongest edition so far is Tomáš Benedikvoič of the Denník N daily; there were many categories involved, including international. 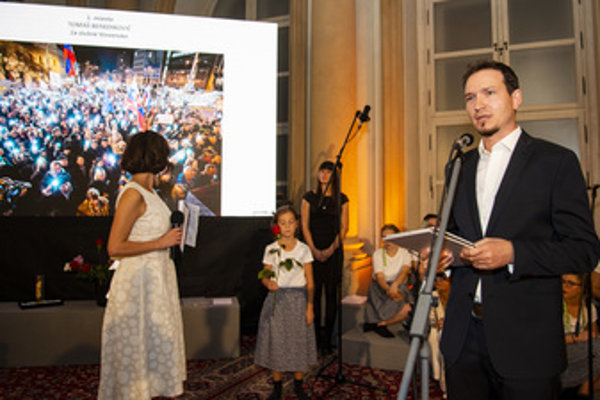 Tomáš Benedikovič of the Denník N daily is the winner of the 7th year of Slovak Press Photo competition, with his picture from a series capturing the For a Decent Slovakia street protests, which took place throughout Slovakia following the murders of journalist Ján Kuciak and his fiancée Martina Kušnírová, the TASR newswire wrote.

While his name was announced in September, the names of winners in other categories were revealed on October 4.

“Most of the applications depicted this topic, so it was very difficult [to choose the winner],” said Slovak-Canadian photographer Joe Klamar, chairman of the international jury of five, as quoted by TASR.

“We all concurred that the winning photo must be from this event, because it’s a journalistic photo. I don’t remember in recent decades so many people taking to the streets and I’m not aware of any bigger event Slovakia has experienced recently,” said Klamar about the winning photo showing the protesters standing peacefully with lights and singing the national anthem. “We’ve chosen it because it’s neutral, it’s long-lasting ... the situation hasn’t ended, it’s neither won, nor lost. I think it shows the situation Slova kia is experiencing now,” he added. 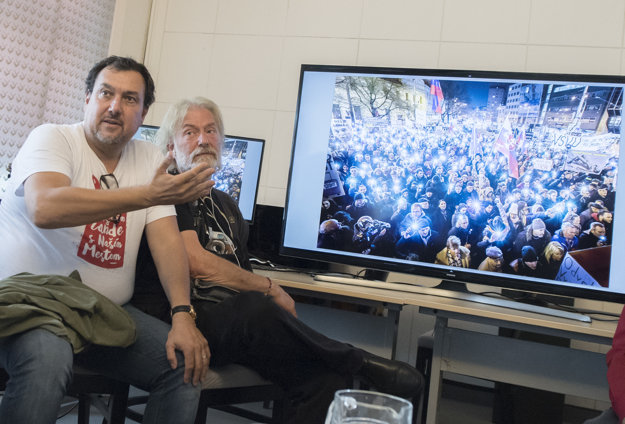 From among this category's finalists – News, Individual Photos – Jozef Jakubčo of the Sme daily had the same subject (and the same title of the picture), while Boris Németh of Týždeň weekly won with the same theme (and eponymous works) in the category of News – Series.

In the Everyday Life category, the winner – Zuzana Knězeková, with her Flying over the Beauty / Prelet nad Krásnom was excluded for violating the competition’s rules.

The strongest edition so far

As many as of 241 photographers registered for the competition, sending 2,672 pictures – the highest number in the competition’s history, Slovak Press Photo director Jana Garvoldtová told the newswire.

The international jury evaluated both individual photos and a series of photos in the following categories – News, Reportage, Everyday Life, Portrait, Sport, Nature and Environment, World of Art and Culture, Young Photographers Up to 25 Years and Students, Long-Term Documentary and the Bratislava Grant. The jury pointed out that the quality of the photos was significantly higher in all categories compared to previous years.

“More than 2,600 photos were sent, which is truly a huge number, considering that in the World Press Photo, there are 10,000 of them,” Garvoldtová told the SITA newswire, adding that this worldwide organisation has shown interest in Slovak Press Photo, thus confirming the growing quality of local output. Moreover, World Press Photo will build up a library for the Slovak edition of the competition, in the Bratislava headquarters of the Slovak Press Photo foundation.