How is the life of Slovaks with a different skin tone?

Slovaks live with the stereotype that a Slovak is a person with white skin born to two white Slovaks. 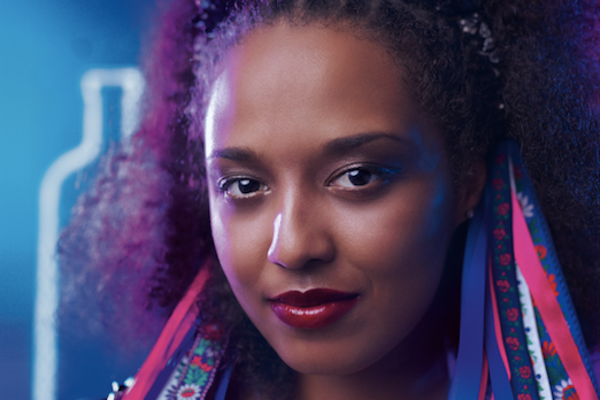 A camera follows a woman with colourful ribbons tied in her hair as she walks in a night club corridor to reach the dance floor. A silent voice in the background sings “Slovenské mamičky, pekné dcéry máte.” It is a slightly different version of a Slovak folk song that in the original version says: “Slovak mums, you have handsome sons.” In the video, "daughters" replaces "sons" in the lyrics.

At the end of the video, the woman turns to the camera. She is not your stereotypical Slovak woman. Her name is Natalie, she has a Congolese background but she was born in Slovakia.

“We talk about tolerance, everyone who was born in Slovakia has a Slovak parent and loves this country is Slovak regardless of skin colour,” Absolut Vodka, which is behind the ad, wrote in one of the many Facebook comments their ad has triggered.

The campaign went viral on social networks, with more than 500,000 views on Youtube as of early October. Some people praised it for disseminating tolerant ideas and condemnation of racism, others got angry due to it spreading “colourful propaganda”. Many opined that Natalie cannot be Slovak because she is of different skin tone and her Slovak citizenship will not change that. Some people and even pubs and bars announced a boycott of Absolut Vodka.

When foreigners living in Slovakia are asked whether they encountered racist attacks and prejudice, most say no. But what about the Slovaks who were born in Slovakia, have Slovak citizenship, speak fluent Slovak but are not considered Slovak anyway by some people?

Dominika Dongová is Natalie’s sister. Her skin tone is also darker and that’s the reason why she has experienced racism since she was a little girl.