Do you know which are the best Slovak hospitals?

The economic think-tank INEKO has assessed the country's hospitals for the fourth time. 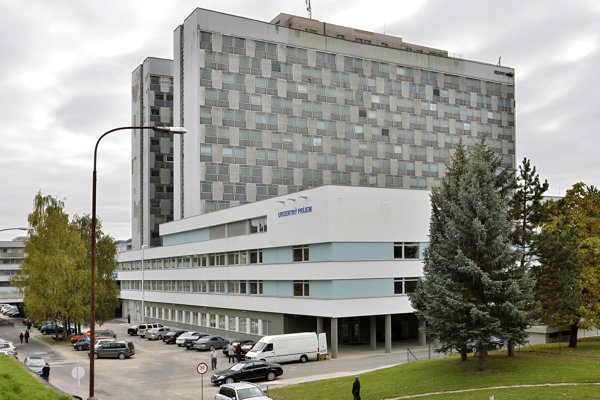 The F. D. Roosevelt Faculty Hospital in the central-Slovak town of Banská Bystrica and Ľubovnianska Nemocnica in Stará Ľubovňa in eastern Slovakia are the best hospitals in Slovakia this year. The economic think tank Institute for Economic and Social Reforms (INEKO) revealed the results of its fourth evaluation of health-care facilities on Monday, October 8. It compared the health-care facilities in five main areas: the satisfaction of patients, quality of health care provided in the hospital, governance, transparency and difficulty of diagnosis.

“Our goal is primarily to create demand in society for quality and efficiency of hospitals,” said Peter Goliaš, INEKO director, as cited by the SITA newswire.

Goliaš explained that thanks to their comparisons, they see that hospitals are improving. They also get feedback from them as to how they are dealing with suggestions and improving processes inside hospitals.

In the category of general hospitals, the hospital in Stará Ľubovňa (Prešov Region) won for the fourth time. This hospital has long-term high patient satisfaction, very good quality of health care, excellent management as well as transparency. The assessment shows low postoperative mortality and short waiting times after an emergency patient is brought in by an ambulance.

In the fourth year of the assessment of hospitals, the case mix index values were taken into account for the first time. The case mix index indicates the demanding character of patients’ diagnoses in 2017, through which INEKO achieved, to some extent, the “risk weighing” of some quality indicators.

“The disadvantage of the previous assessment was that in assessing the quality of health care provided, we looked only at the output of the hospital,” said Goliaš, as cited by the TASR newswire. “We didn’t take into account the level of difficulty involved in the cases coming to the hospital.”

Goliaš explained that a hospital that had more demanding patients in the input, may also show worse results in the output.

“That’s why we automatically put it lower in our rankings,” said Goliaš.

Goliaš praised the DRG system, which enabled them to get this data for the first time ever. INEKO has therefore decided to include this parameter in the hospital assessment methodology.