Define your objective and go for it

Participants in the Duke of Edinburgh programme admit it is important to stop being lazy and do something to achieve your personal goals. 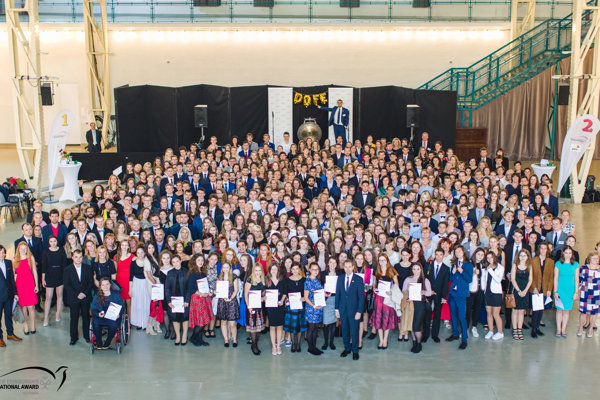 Kristína Vozárová, a student at Matej Bel University in Banská Bystrica, has always been painting. After a break of several years she got the chance to return to her passion by participating in the Duke of Edinburgh (DofE) programme.

But she did not end there. She started selling her works at the HendiKup.sk website, with the aim of donating her earnings to charity. She chose two organisations: Dobrý Anjel (Good Angel) and Svetielko Nádeje (Light of Hope).

“In this way I wanted to return the favour to Dobrý Anjel, which has been supporting me for years,” Vozárová, who is handicapped, explained her motivation. As for the latter, she wanted to help children suffering from cancer.

Vozárová’s reason for participating in DofE really stands out. She first served as a mentor to other attendees via a programme opened by UMB. It is the only university out of 140 DofE countries, which offers a credited subject called DofE to its students, and thus allows them to be both participants and leaders of the programme. 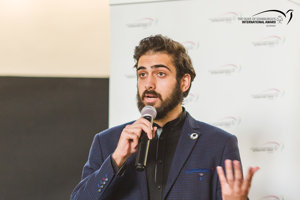 Read also:Meet Slovakia’s expert on cryptocurrencies. He is 18 Read more

After Vozárová saw what her student went through, she decided to try it.

“I overcame all prejudices and obstacles, both physical and mental,” Vozárová added.

She is one of 320 young Slovaks who recently received the DofE Awards at the October 9 ceremony in Bratislava. During the past three years more than 3,000 young people aged 14-24 and more than 600 teachers volunteers working with youth have participated in the programme. It has spread to 162 schools and centres across Slovakia.

The main objective of all participants in the programme is to achieve their goals, which includes pushing personal boundaries, gaining new skills and enhancing their CVs and university applications. They need to overcome four challenges: develop their talents, do sports, volunteer and, in the end, attend and complete an expedition.

It is important to spend at least one hour a week doing the activity. There are three levels (bronze, silver and gold), which differ in time (six to 18 months) and difficultness.