Some selected Slovak soldiers are set to participate in the exercise to take place by the turn of October in Scandinavia and Italy. 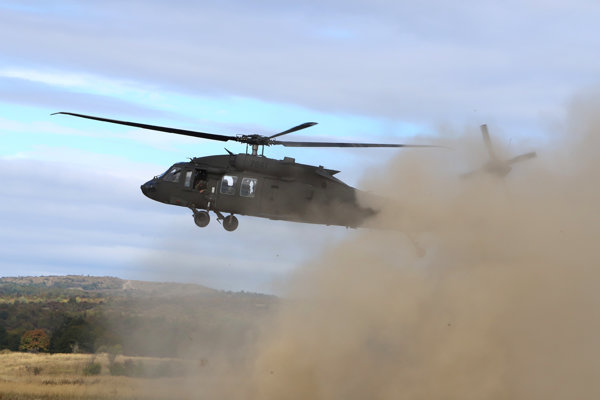 In the upcoming weeks, Slovak soldiers are going to participate in NATO’s largest military exercise, Defence Ministry spokeswoman Danka Capáková told the TASR newswire. She added that it will be the most extensive exercise of the Alliance since the end of the Cold War, with up to 45,000 soldiers.

“Our soldiers, together with their colleagues from partner countries, will practice NATO’s ability to plan and implement the contents of Article 5 of the North Atlantic Treaty, from the tactical training of troops to command structures,” Defence Minister Peter Gajdoš said, as quoted by TASR. “Such exercises are indispensable for the unity and interoperability of the Alliance.”

The NATO exercise will be divided into two separate parts, TASR wrote on October 16, citing Capáková. “Within the exercise of the staff (TRJ18 CPX), five Slovak soldiers in Italy will be involved in planning and coordinating intelligence activities, setting targets, logistics of air operations, use of air defence elements, as well as managing fire support,” said the spokeswoman, adding that another four will be involved in the field part (TRJE18 LIVEX) in Norway, fulfilling specific tasks in relation to planning and managing ground and air operation, RCHBO (radiation, chemical and biological protection) activities, the protection of forces and medical support for the operation.

Members of the Slovak Armed Forces will participate in the Trident Juncture 2018 exercise with soldiers of 31 NATO allied and partner countries. According to Capáková, approximately 150 airplanes, 70 ships and more than 10,000 vehicles will be used during the exercise, to be held from October 25 to November 23 in central and eastern Norway and surrounding areas, as well as Italy, the Sme daily wrote.