Popular Calvary in Banská Štiavnica is reconstructed in its Baroque beauty

Once one of the most endangered landmarks in the world ten years ago. 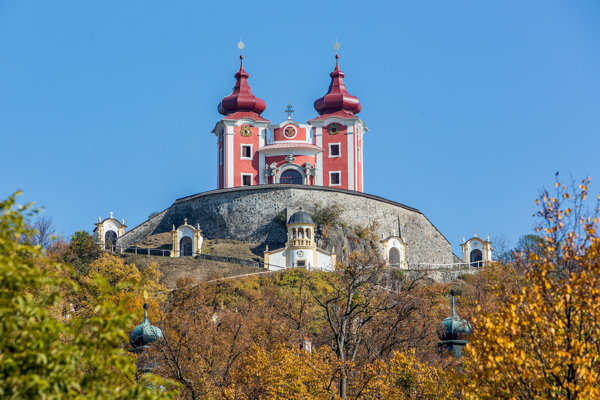 The Calvary in Banská Štiavnica once again has its former Baroque look. The main phase of its reconstruction has ended after 11 years. From a compound of 24 buildings, 22 were reconstructed, including the Upper Church, a dominant building of the Calvary.

“The Chapel Ecce Homo, 18 other chapels underwent reconstruction along with the two biggest structures: the Upper and Lower Church and the statue of the Seven Sorrows of the Virgin Mary,” said Martin Macharík from the Kalvársky Fond civic association, as quoted by the TASR newswire. He added that sacred stairs are partly reconstructed, and the Tomb of God should be reconstructed soon.

“During those 11 years, we wore out three terrain cars, suitable for the scrapyard now,” noted Macharík, as quoted by TASR, adding that it was necessary to carry hundred tons of material up and down.

The main phase of the Calvary's reconstruction was finished with the Upper Church. It was complicated due to two reasons – the first was the complicated terrain and the second was the many details, like gold-plated suns and crosses that only mountain climbers could attach to the top of towers. 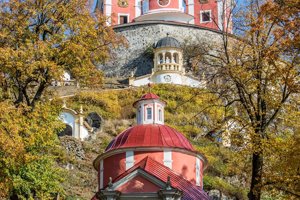 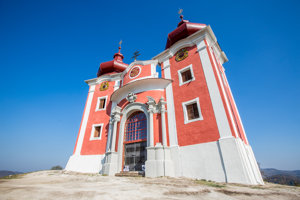 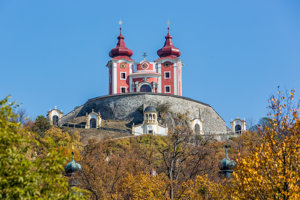 The church is completely renovated, with a new façade, renovated frescos and altar.

“When the altar was put back in the Upper Church, I was touched because I personally was putting splinters and boards on the back and could not imagine that it would be as beautiful as it is today,” said architect Katarína Vošková for TASR.

Experts dealing with the reconstruction had to decide on the original colour of the church. While one probe showed that the façade was white, another probe found red under the white. The Upper Church is coloured in the red typical for it and it looks as if from the 18th century, according to Vošková.

Another task is to come up with the idea of how to ensure the preservation of the Calvary. Three cameras have been installed, offering a view of Banská Štiavnica as well.