The broadcaster was saddened by the criticism from several personalities and journalists. 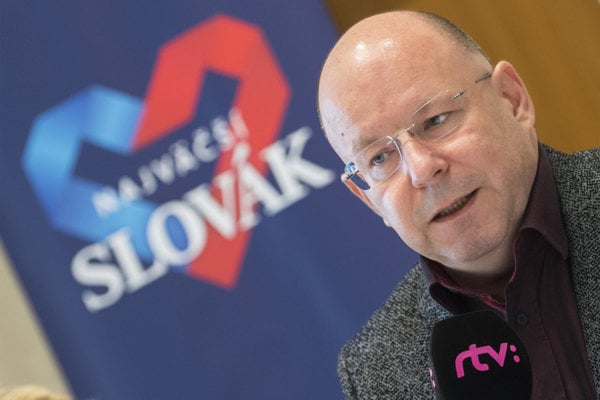 After only two days, the public-service broadcaster RTVS has withdrawn one of the trailers for its new show The Greatest Slovak.

From October 25, it does not plan to use the trailer featuring the president of the war-time Slovak state, a satellite of Nazi Germany. It was also deleted from the official RTVS channel on YouTube, the Denník N daily reported.

RTVS claims that it planned to do so from the very beginning.

“The trailers will be gradually be replaced both in the television broadcast and on YouTube,” said the broadcaster’s spokesperson Erika Rusnáková, as quoted by Denník N.

The controversial trailer will be replaced with the one depicting Gustáv Husák, long-term secretary general of the Communist Party of Czechoslovakia and the country’s president.

“We’ll apply this principle to all trailers,” Rusnáková added for Denník N.

RTVS has already removed a trailer with Maria Theresa, a Hungarian queen. Currently, there is only one original available, depicting Alexander Dubček, a leader of the Prague Spring and the main representative of socialism with a human face.

After the official October 23 press conference, at which RTVS introduced the new project, several faces of broadcasting and other journalists have criticised the Tiso trailer. Former host of the political talk show O 5 Minút 12 (Five to Twelve), Martin Strižinec, wrote on Facebook that he felt he had to comment too.

“The law governing RTVS stipulates that the programme service should be composed of programmes based on the principles of democracy and humanism,” Strižinec wrote, as quoted by Denník N. “Jozef Tiso as President didn’t represent the principles of democracy, and by no means those of humanism. He wasn't one of the greatest Slovaks. Not even in the trailer with which we want to present this project.” 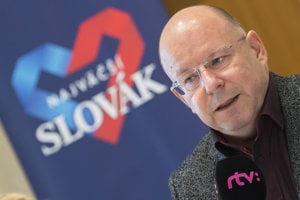 Michal Havran, who hosts the talk show Večera s Havranom (Dinner with Havran), described it as a failure when Tiso is mentioned in connection with “the greatest Slovak”.

Head of the foreign news desk of the Pravda daily Miroslav Čaplovič even called on Jaroslav Rezník to resign from the post of RTVS General Director, Denník N wrote.

RTVS replied in its statement that The Greatest Slovak project will be presented by 15 trailers, and Tiso is only in one of them.

“We are currently also using the trailers with Alexander Dubček, Maria Theresa and Gustáv Husák,” Rusnáková said, as quoted by Denník N.

“We feel sorry that the extent and intensity of the debate drew attention to only one question and has obscured the meaning of the whole project and the open debate on our history,” Rusnáková added, as quoted by Denník N, stressing that the trailer cannot be identified with the broadcaster’s official stance.

“Free and open discussion on every topic is one of the basic democratic values, which is why we deny any accusations of pushing non-democratic attitudes aimed towards The Greatest Slovak programme’s creators,” Rusnáková added.

What is the programme about?

The Greatest Slovak project is based on a similar format run by the UK's BBC, The 100 Greatest Britons.

From November 1, people will be able to vote through text messages, opting for whomever they prefer. Beginning next year, an RTVS gala evening will reveal a hundred names that appear most frequently.

Then, RTVS will shoot documentaries on the first ten of them, which will then be broadcast over several months. The name of the greatest Slovak will be announced by TV after another vote, on May 1, 2019.