Macron: When the EU distributes money, nobody shouts it is dirty money 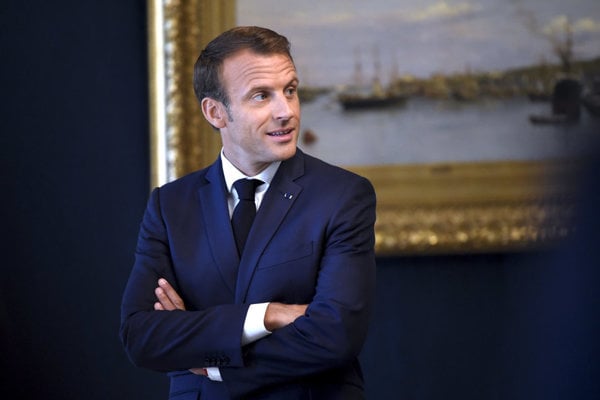 French President Emmanuel Macron is visiting Slovakia for two days before the centenary of the emergence of Czechoslovakia, then he moves on to the Czech Republic. Prior to his visit, he answered questions from four Central-European media: Sme daily from Slovakia, Hospodářske Noviny from the Czech Republic, HGV from Hungary and Rzeczpospolita from Poland.

Last year you said the V4 countries treat the EU as a supermarket, enjoying the benefits of membership while refusing to share the costs. Do you still think that?

What I said was: Europe is not a supermarket. Europe is common fate. I have also specified that it was not about the discussion between the East and the West, and I am still convinced about that. The conditions are the same for all. Most of all those that concern the internalisation of our common values. The EU is based on common foundations – single market in economy, humanity in politics.

The EU is a common cohesion model for European civilisation. It consists of people, their personal freedom, their creative solidarity and cultural diversity. This common foundation cannot be weakened or divided – it is a whole. We might be different in everything else, our actions within the Union might not always be the same, but the values must remain our joint assets. Respecting these values, we bear collective responsibility for solidarity. It is not possible to draw from the European budget without showing solidarity, for instance, in migration policy. One cannot attempt to lower their contribution to the EU budget without understanding the advantages of the single European market. If we continue this way, we bear ill will to Europe. Europe is not a one-way street, it is a mutual bond thanks to which each state can strengthen its sovereignty rather than weaken it.

In 2018, Slovakia experienced the murder of a journalist who wrote about corruption at the governmental level, about the abuse of EU funds. The mass protests that followed were, according to Robert Fico, organised by George Soros. How did these events change the position of Slovakia in the EU and the hope that the country will someday belong to the core of the EU?

Macron was a banker, advisor to the French president, and minister, until he became the French president one and a half years ago. His movement En Marche! helped him win over the far-right candidate Marine Le Pen. In his campaign, he promised to deepen European cooperation, and he continued promoting it after he assumed presidential office.

The murder of Ján Kuciak and Martina Kušnírová was a great shock. It shook Slovakia, France, and the whole of Europe. Threats and attacks on the media or murders of journalists are a direct blow to the very foundations of our democracies. But I will always remember how Slovaks responded to this event. The citizens have shown how much they care about the freedom of expression and freedom of press. Their gatherings at the SNP Square were full of EU flags.

Thanks to the European identity and European values, Europe is alive. To be in its heart is not a question of geographic position, it is a question of political ambition present all around Europe. By accepting the common currency and by entering the Schengen zone, Slovakia sent a clear signal about that.

We do not sort member states into quality-based classes, there is no East-West division, or division into old and new member states. There are only concrete projects in defence, digitalization, intensifying cooperation within the eurozone. In other words, there are common interests that transform into open cooperation among member states who have the courage to lead the way of progress. This is the vision I want to build, because this is what the core of Europe is to me.