Macron to Slovaks: Use every opportunity to take part in the European dialogue

The French president visited Slovakia on October 26, repeatedly refused division of Europe into east and west, old and new. 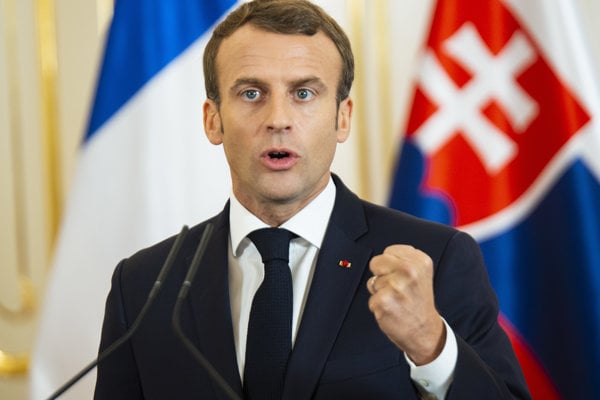 French President Emmanuel Macron visited Slovakia on October 26, ahead of the celebrations of the centenary of the emergence of Czechoslovakia.

France was the first country in the world to recognise the newly-emerged European state on October 28, 1918. 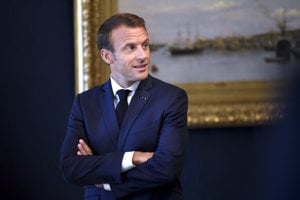 Read also:Macron: When the EU distributes money, nobody shouts it is dirty money Read more

Macron visited Slovakia for the first time since he assumed the presidential office in 2017. It is also the first visit of the French president to Slovakia since Francois Hollande’s visit in 2013. After the day in Bratislava, Macron flew to Prague to meet the Czech Representatives.

“You are convinced Europeans and you trust the European ideas,” Macron said to Slovaks during the press conference following his meeting with Slovak President Andrej Kiska, as quoted by the Sme daily. “Change the future of Europe. It’s up to you, up to each member state. Use every opportunity to take part in the European dialogue.” 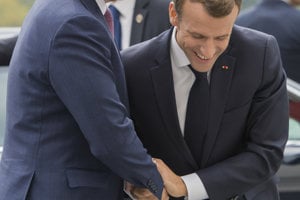 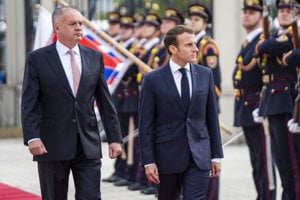 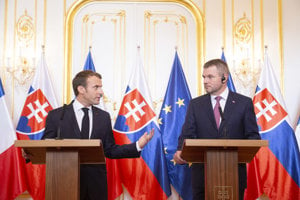 Macron and Kiska at their meeting discussed the future of Europe and problems in the regions. Kiska reported that he warned Macron of the threats that the Nord Stream 2 gas pipeline project poses, which could eventually cause Ukraine to be cut off from gas supplies.

Kiska praised Macron as a strong leader who clearly names the problems of the European Union and presents a vision, Sme wrote.

Macron repeatedly stressed during his visit that he does not believe in dividing Europe into old and new member states.

“We will never pay Europe back for what she gave us,” Macron told the press conference. “We need to talk, explain, ask, seek the truth and listen to the legitimate aspirations of Slovakia. Slovakia has things to say.”

Macron: I want Europe to be the leader of a sustainable world

Macron then met with PM Peter Pellegrini and together they also attended a meeting with the public.

“Europe is not something that is owned by leaders or member states. Europe belongs to the people,” Macron said as he addressed the public gathering.

Macron admitted that the refugee redistribution quotas that Slovakia fiercely opposed might not have been effective but that does not mean Europe should be put aside. Member states should not only gain money from the EU but also show solidarity towards other countries.

Macron called on people not to give a voice to people who want to break up Europe.

Pellegrini told Macron that Slovakia wants to be a responsible partner for the EU and participate in all the activities directed towards unity and self-defence of the EU.

“In that, Slovakia will always be on the side of France,” Pellegrini said.

During the public meeting, Pellegrini reiterated that he wants the EU to be united and safe and we can only get there “if we are equal and if we also have the vision beyond our borders and sincerely talk to our citizens”.

Macron has stressed the need for deeper integration and labelled some people’s attempts to change Brussels for Moscow as “madness”.

Macron said he wants Europe to be the leader of green economies, of the sustainable world.

At the end of his speech, he addressed the generation of the 1989 Velvet Revolution in Czechoslovakia and thanked them for taking risks.

"My generation, we are born with peace and prosperity and a lot of people forgot that it was a reason of past conquest," Macron said. "Let's be loyal to the spirit of the revolution."