Anna Šestáková's story is a living document of the former Czechoslovak Republic. 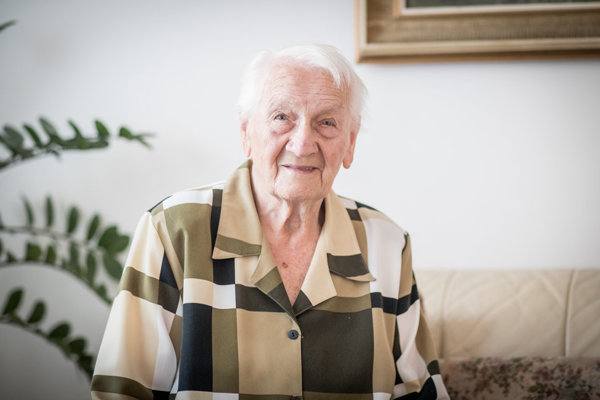 She was born in July, 1918, a few weeks before the Czechoslovak Republic was created. “I already have a small flag prepared to pay tribute to it on October 28,” Anna Šestáková, one hundred years old, said. Her story is a live document of that era.

Sme: Please, tell us the secret to your longevity.

Anna Šestáková (AŠ): I eat and drink everything I hunger for, and don't take medicine. I also like to eat bread with lard. My family keeps me alive; this is very important these days.

I have three children, seven grandchildren and twelve great-grandchildren. My daughter keeps my household, and two of my sons walk with me on a regular basis. It would be easy to stay lying in bed, but they won’t let me.

Sme: Where do you come from?

AŠ: I was born in Myjava, in (legionnaire and politician M.R., ed. note) Štefánik’s area, where I also grew up. My father had a café there, later became widowed and married a second time. When the chance came to rent the railway station restaurant in Košice, we moved halfway across the republic. Today, people are reluctant to travel to work, even if it's just a dozen kilometres. In Košice, we prospered very well until the Munich Agreement.

Sme: It was probably really something- to have a café in Myjava.

AŠ: Indeed. There were inns then in Myjava, but he had a café. The inns were called “šenks”. There were 10 of them on the main street, and none were Jewish, so I don’t quite understand the period propaganda that Jews took money from Slovaks in their inns. After World War II, Myjava was made into a communist town, and the square was demolished, which took away the town’s face. 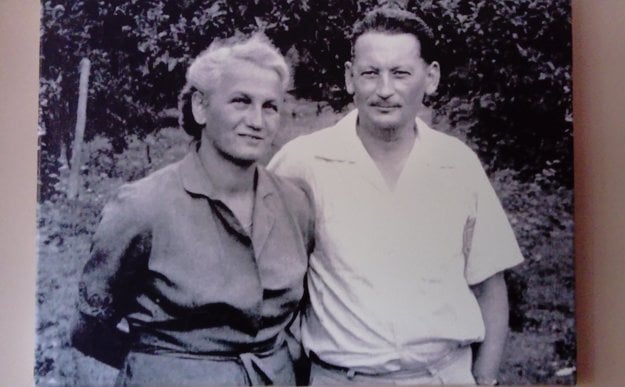 Anna Šestáková with her husband Ervín (Source: Courtesy of A. Šestáková)

Sme: Do you remember something from your childhood in Myjava?

AŠ: Of course I do. I wanted to show you a photo from the primary school but I couldn't find it. There, some children were barefoot as their parents had no money to buy them shoes. Thank god that today all children have some footwear to put on, but if they don’t have some designer brands on their feet, they are not “in”. I’m asking – what happened to proverbial Slovak modesty?

Sme: So you have experienced different social conditions; there was also poverty in the first Czechoslovak Republic.

AŠ: Naturally. What was the republic built on after 1918? Ruins. But Slovaks were more modest back then and were also happy that they had freedom.