A programme helps people who fled persecution at home find a safe haven in European and North American cities. 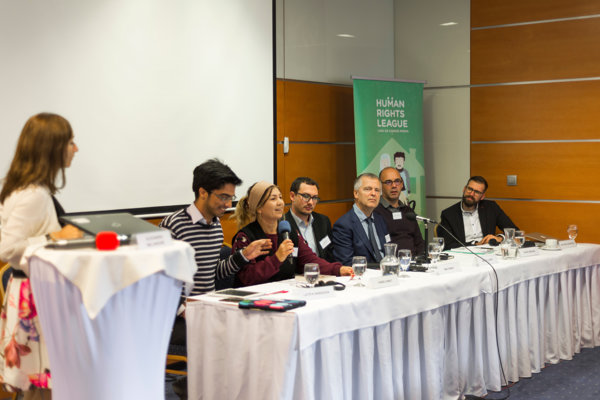 Latifa Nabizada was one of the first female pilots to serve in the Afghan Air Force, inspiring other women to join. But the Taliban did not like seeing women serve in public functions. She was gradually forced to withdraw from the post, and later even flee the country.

“I would have liked to stay in Afghanistan,” Nabizada said during the Cities and Refugees discussion the Human Rights League organised in early October. “If I could have, I would be there serving my people, my country. But I couldn’t.”

After she realised it was no longer possible for her to stay in Afghanistan, she turned for help to the German government. Since her book (Reach for the Stars, Sister!) was translated into German, she was placed in Vienna under a Writers in Exile – Vienna as a Sanctuary City project.

The book, partly biographical, tells the story of a woman who goes through several difficulties in her life, but finally succeeds.

“I think it is very important for every woman, particularly those in Afghanistan, to gain inspiration from it,” Nabizada said.