Do you have your map of Czechoslovakia?

Today's big dams are not on the map. 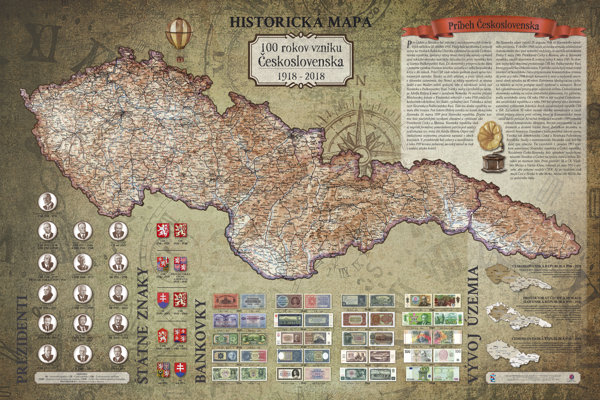 The successor to the former state producer of maps, the Harmanec Military Cartography Institute (VKU) has decided to release a special historical map of the former Czechoslovak Republic.

The map, entitled “100 years since the establishment of Czechoslovakia 1918-2018” aims to show both the historical and modern day area covered by Czechoslovakia 100 years ago, informed PR manager of VKU, Dušan Hein.

“The basis of this memorial cartographic piece is a map of Czechoslovakia between the years 1918-1920,” he said, as quoted by My Bystrica.

A look at the map from this era is fascinating. The Orava region does not yet have the biggest Slovak water dam and Liptovská Mara is absent from Liptov, but all the villages that have been covered with water for many years now are all depicted, the spokesperson added.

A keen observer would not find Partizánske on the map, or Baťovany. There are also no railways, the construction of which started in the 1930’s, for example that between Červená Skala and Margecany. On the contrary, it shows the lines of the forest railways, only a few of which survive today.

The historical map is accompanied by educative features: portraits of presidents, the development of the currency, state symbols and the borders of the Republic. You will also find information about significant organizations that were founded during the time of Czechoslovakia's existence or that connect the Czech Republic and Slovakia today.

“Czechoslovakia was a unique country from its beginning to end and the map provides a copybook example of the extent and depth of its story in history,” said Hein, as cited by My Bystrica.