At the same time, he accused some media of pursuing his media death. 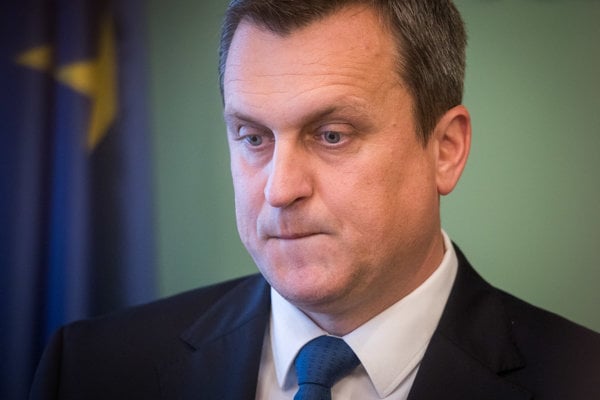 After a month of concealing his doctoral dissertation, Speaker of Parliament Andrej Danko said he will make it public. At the same time, he described himself as a victim of a media hunt, the Denník N daily reported.

Danko promised that not only the management of Matej Bel University (UMB) in Banská Bystrica, but also students and the public will be granted access to his dissertation soon. They will find it in the university library.

“I wanted to make sure that the dissertation will not get lost, no one will fiddle around with it as there is just one copy,” Danko told the November 6 press conference, as quoted by Denník N. “Last Friday, I was informed by my lawyer that the work, which UMB stores, is mine.”

Danko’s dissertation is not accessible yet. Librarians are waiting for the university management’s instructions. UMB’s Rector Vladimír Hiadlovský said shortly after Danko’s press conference that the doctoral dissertation should be made available in the library with no further delay. He did not specify what day this will happen, though, Denník N wrote.

Danko changed his mind over making his dissertation public after the opposition made an effort to recall him in parliament on November 6.

However, he claimed he made his decision after his lawyer had assured him that no documents related to his work could get lost at UMB as they were to be kept under a special regime, as reported by Denník N.

"Those ready to learn from it are more than welcome to do so, but not to misuse it politically,” said Danko, as quoted by the daily. He submitted two pieces of his dissertation, defending it at UMB in 2000. However, he did not say who the opponent was.

When asked why it had taken him so long to make the decision, he said he had his own business and did not have time to visit libraries.

Danko reiterated that this scandal was just an attempt at his “media death”, a conspiracy, or an effort to discredit the Slovak National Party (SNS). Danko did not talk about stepping down from his office if his work turned out to be plagiarised.

He also said he would take legal action because of the scandal, without giving any further details, Denník N reported.

Though the opposition wanted to summon a special parliamentary session, a debate on Danko’s dissertation and his official trips to Russia did not occur. Coalition MPs did not vote for the programme of the session, which ended in several minutes.

Before Danko’s press conference, the opposition were determined to collect signatures for another session in which Danko’s dissertation would be discussed.

“The coalition acted like a band of cowards, covering up the cheat,” said Deputy Speaker of Parliament Lucia Ďuriš Nicholsonová of Freedom and Solidarity (SaS), who also called on the UMB rector to step down.