Automotive and engineering production are at a similar level

Other sectors are not faring very well. 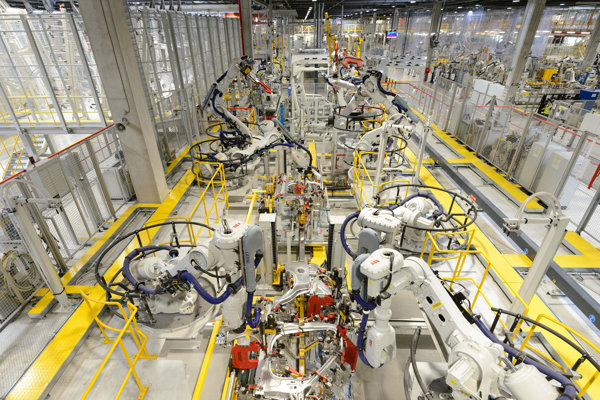 Slovakia’s industrial production went up by only 0.4 percent year-on-year in September. While manufacturing reported an increase of 1.7-percent, electricity, gas, steam and air-conditioning supply dropped by 7.5 percent and mining and quarrying went down by 10.6 percent, according to the data of the Slovak Statistics Office.

“Except for March, which included the Easter break, industry in September posted the slowest annual growth this year,” Ľubomír Koršňák, analyst with UniCredit Bank Czech Republic and Slovakia, wrote in a memo.

What impacted the industrial production output?

When it comes to the individual sectors, machine manufacturers came as a positive surprise in September since their production increased by 26.5 percent y-o-y. As a result, this increased annual industrial output by nearly 2 percentage points, Koršňák continued.

“Their contribution to growth only slightly lagged behind the industrial leader of the past months, the automotive industry,” he added.

The automotive sector kept its two-digit annual growth, even though its annual growth dynamics slowed down from 15.5 percent to 10.1 percent, according to Koršňák.

The manufactures of electrical equipment also reported an annual growth of 12.9 percent, up from 10.8 percent last September.

The remaining sectors reported an annual drop in production. Koršňák expects that the current development has only short-term volatility.

Meanwhile, the mood of Slovakia’s industry worsened in October. It has been at its worst since January 2018. Industrial producers are pessimistic particularly about production in the following months.

“At the same time, it seems that the problems on the European market with new cars may also impact Slovak producers, who evaluated their planned production particularly negatively,” Koršňák wrote in a memo.

While producers in the Žilina Region have mostly negative expectations, those in the Nitra Region are positive. Automotive production is expected to continue growing, thanks in part to the new Jaguar Land Rover plant that has recently opened there.

“However, several industrial sectors have probably reached their cyclic peak and are also struggling with internal problems (like increasing wage costs),” Koršňák wrote, adding that production is expected to drop in sectors like electronics, textiles and furniture production.