For a Decent Slovakia gatherings return to streets

Protest gatherings will be held in several cities in Slovakia and abroad. 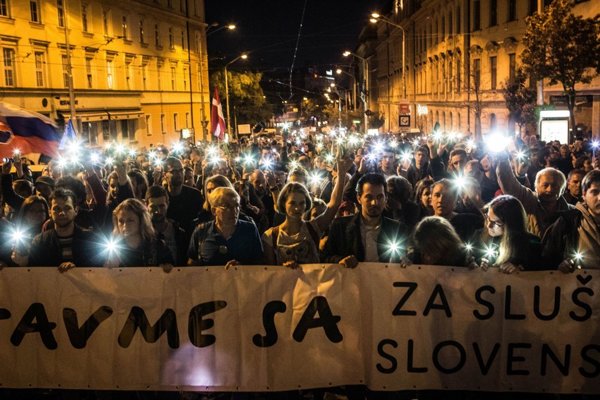 For a Decent Slovakia gatherings plan to return to the streets, following the reports about the investigation of the initiative’s representatives by the National Criminal Agency’s anti-corruption unit.

The initiative considers the current situation sad because “29 years after the Velvet Revolution, the state is intimidating activists”, as reported by the TASR newswire. They have denied all accusations raised by former PM Robert Fico, underlying there is no American billionaire who would have funded them. 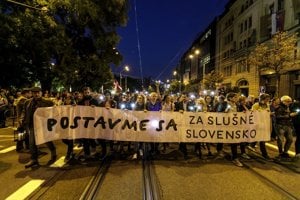 Therefore, another wave of protests will start on Friday, November 16, at 17:00 in the SNP Square in Bratislava, announced Karolína Farská, one of the organisers who is being investigated by the police.

“We will be talking about the things we started in November 1989,” said another organiser, Juraj Šeliga, as quoted by TASR.