Comenius University in Bratislava will have a new rector

Marek Števček will replace Karol Mičieta, who has served as the rector two terms. The University of Economics has re-elected the incumbent rector. 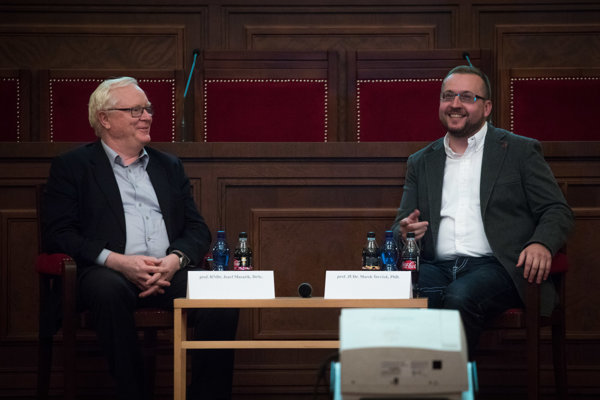 “I want to be the rector who unites, not divides,” Števček said shortly after the results were announced, as quoted by TASR.

He promised to do his best to keep the university united from the very start of his office term.

Števček will take over as the leaving rector Karol Mičieta has been in office two terms. The law did not allow him to run for the third time in a row.

Civil law expert and rector in one

Števček will officially assume the office on February 1, 2019. Before that, President Andrej Kiska will have to appoint him as the new Comenius University rector. His term of office will end in January of 2023.

Števček currently works at the UK’s law faculty where he serves as the vice-dean for legislation. From 2012, he also chairs the commission for recodification of private law at the Justice Ministry where he will continue working, although he is to serve as the rector.

“Thanks to him, the Civil Code will be undergoing the biggest change in the last 50 years,” said Justice Minister Gábor Gál, who regards Števček as one of the best civil law experts, as quoted by TASR.

University of Economics re-elected the rector

Ferdinand Daňo, the current rector of the University of Economics in Bratislava, has been re-elected to his second term of office, the university informed on its website.

“My main goal for the next term is to build up a modern university with a strong international dimension, based on quality education and science,” Daňo said, as quoted on the website.