It has been the fastest quarterly growth since 2015, observers say.

Slovakia’s gross domestic product in constant prices grew by 4.6 percent year-on-year in the third quarter of 2018. After seasonal adjustment, the economy went up by 4.5 percent in annual terms and by 1.1 percent in quarterly terms, according to the data published by the Statistics Office on November 14.

As for current prices, GDP grew by 7 percent y-o-y in the third quarter.

It has been the quickest growth in quarterly terms since the end of 2015, according to Katarína Muchová, analyst with Slovenská Sporiteľňa.

“The economic growth in the third quarter came as a positive surprise,” Ľubomír Koršňák, analyst with UniCredit Bank Czech Republic and Slovakia, wrote in a memo, adding that unlike most of the eurozone members, the growth dynamics did not slow down.

Household consumption and investments contributed to the growth

Though the Statistics Office will publish the detailed results on December 7, Muchová predicts that the growth was driven mostly by domestic demand, particularly household consumption and investments. 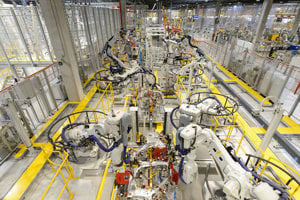 Read also:Automotive and engineering production are at a similar level Read more

“The strong household consumption was positively impacted by a favourable development in the labour market, including the drop in the unemployment rate and growth in employment and salaries, which contributes to the increase in the disposable income of households,” Muchová wrote in a memo.

Moreover, the acceleration in the construction output in the third quarter of 2018 implies the positive impact of investments on the economic growth, Muchová added.

Koršňák predicts that the Slovak economy benefited from the continuing restart of the automotive industry, which grew at a two-digit pace.

“However, the industry as a whole brought inconsistent results,” Koršňák wrote in a memo, explaining that most of the industries reported a drop in production.

“New jobs are created mostly in western Slovakia, where the available labour force reserves are nearly used up and need to be saturated by the import of a workforce from abroad,” Koršňák wrote in a memo. 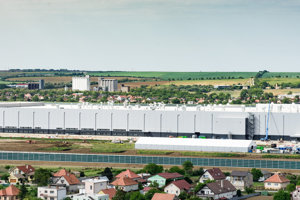 Koršňák predicts that they will probably revise their prediction for the whole year, but wants to wait for the detailed structure. However, he still points to the potential risks for the growth, like the disparities in the Slovak industry that was driven mostly by the automotive sector. There are certain risks too, though.

“The key position in the structure should have domestic demand, particularly household consumption and investments,” Muchová predicts, adding that the foreign trade contribution will not surpass domestic demand. “We expect more significant impact on net exports regarding the production of a new carmaker near Nitra.”

There are also risks in external environment, including global protectionism and the threat of a hard Brexit. Another danger lies in the low growth numbers posted by the eurozone members, analysts say.