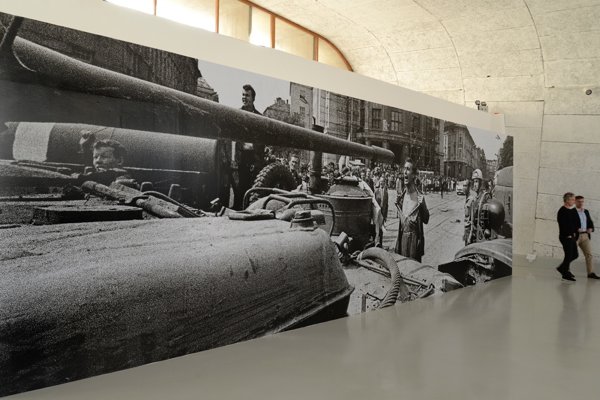 The iconic pictures by Ladislav Bielik, capturing images of the invasion of Czechoslovakia by the Warsaw Pact troops in August 1968 can now be seen at the prestigious MAMO gallery in Marseille, France. The first-ever exhibition was officially opened on November 12 and will be held for more than two weeks.

“With this exhibition, we close the year of anniversaries ending with an 8, including the events of 1968,” said Slovak Ambassador to France, Igor Slobodník, as quoted by the TASR newswire.

Up until now, the events have seemed rather academic, but this is the first time that art has been dedicated to the anniversary.

The Exhibition was organised in cooperation with the Slovak Institute in Paris and the graphics team from Camera Obscura, led by Boris Meluš. It is their first cultural presentation in the south of France, TASR reported.

A unique space and unique events

The combination of the strong photos by Bielik and the strong events they depict, combined with the unusual space provided by the building designed by architect Le Corbusier, bring additional value to visitors. 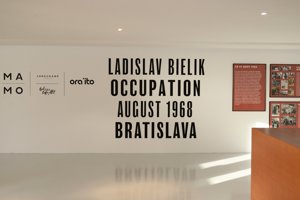 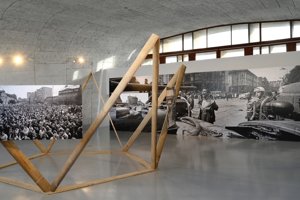 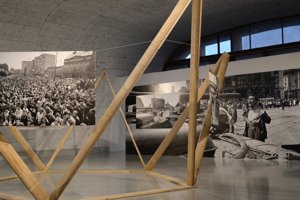 The exhibition should provoke the interest of the French public in the events of 1968 that were completely different for France than for Czechoslovakia, Slobodník said. He points out that the resistance by the Czechs and Slovaks against the occupiers created the moral ethos that later defined Slovak society.

Slobodník also thinks that the French were aware of what was happening but primarily connect it with the Prague Spring, with the result that for them everything is located in Prague.

“The most significant photo by Laco Bielik is linked to Bratislava,” said Slobodník, as quoted by TASR.

The exhibition is free and open to the public until December. There were around 130 visitors in the first day.

“We are here with Bielik’s photos and a message that exceeds the borders of Czechoslovakia,” said Jakub Urik, director of the Slovak Institute in Paris, as quoted by TASR. Freedom is fragile and currently we do not need tanks and armies for propaganda, the internet is enough, he added.