They have turned to the European Commission to decide on the matter. 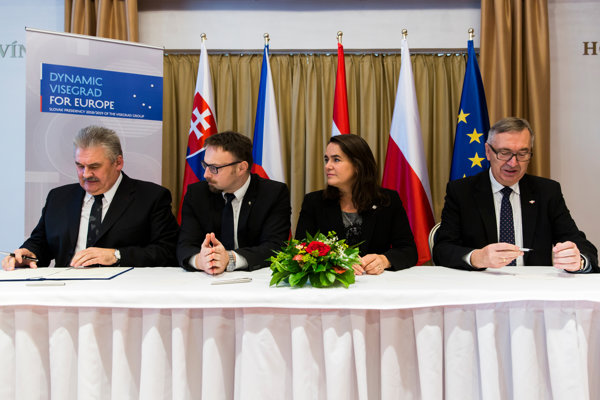 The ministers of labour and social affairs of the Visegrad Group (V4) countries, i.e. Slovakia, the Czech Republic, Poland and Hungary, have objected to the changes to child benefits adopted by the Austrian parliament. These in fact cut the sum granted to foreigners working in Austria, whose children live in another country.

In their opinion, the law is at odds with the European Union’s legislation and the principle of equal treatment. Thus the ministers signed a common statement and turned to the European Commissioner for Employment, Social Affairs, Skills and Labor Mobility Marianne Thyssen, asking her to scrutinise the changes.

“We ask the European Commission to act,” said Slovak Labour Minister Ján Richter, as quoted by the SITA newswire.

Apart from the V4 ministers, their colleagues from the labour and social affairs ministries in Slovenia, Lithuania and Bulgaria have also joined the protest, he added.

The new Austrian law, expected to become effective on January 1, 2019, will have a strong impact on the families of V4 citizens.

“It is expected that after the law comes into force, the socio-economic status of 87,500 children living in V4 countries will be negatively affected,” said Richter, as quoted by SITA.

He is convinced that all workers should receive the same benefits for paying the same taxes and payroll levies.

The signatories also agreed that the indexation of child benefits will negatively impact the situation of mobile workers and will distract them from free movement. It will also widen the gap in the EU.

“This indexation is undignified and denies the principle of equal treatment,” said State Secretary for the Czech Labour Ministry Petr Hůrka, as quoted by the TASR newswire.

What will happen now?

Richter expects that there will be two phases of solutions now. First, that the EC will start acting based on the letter. Second, that it will turn to the courts. This phase will start after three months.

“We expect that the EC will turn to the European Court since we don’t expect there to be an agreement,” Richter said, as quoted by TASR.

At the same time, the V4 ministers agreed that the best solution to the current situation will be to act in concert. They will not submit individual motions to the European court, Richter added, as reported by SITA.