The debate over migration has reached an absurd new level. 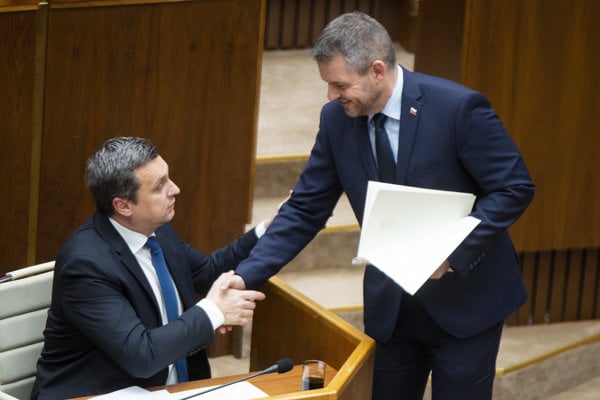 If anyone needed proof that the Slovak government is suffering from selective schizophrenia, the most recent twist in the migration discourse should settle the argument.

Former prime minister Robert Fico recently fell out with the foreign minister, Miroslav Lajčák – despite Smer, the party Fico still leads, originally nominating Lajčák to the post, and despite its relentless efforts over the last few months to get him to run as their candidate for president.

When Lajčák tried to advocate for the UN Migration Compact – which the Slovak government has now decided it will not sign in Marrakesh on December 10 – Fico recorded another one of his Facebook videos, reassuring citizens that he and his party were not going to let any illegal migrants enter the country.

Literally within hours, Fico’s successor as prime minister, Peter Pellegrini, chaired a cabinet session that simplified the rules for hiring foreigners from outside the EU, with a set of measures that businesses have long called for in order to fill yawning gaps in Slovakia’s labour force.