Božka the goat is the face of a Christmas campaign. 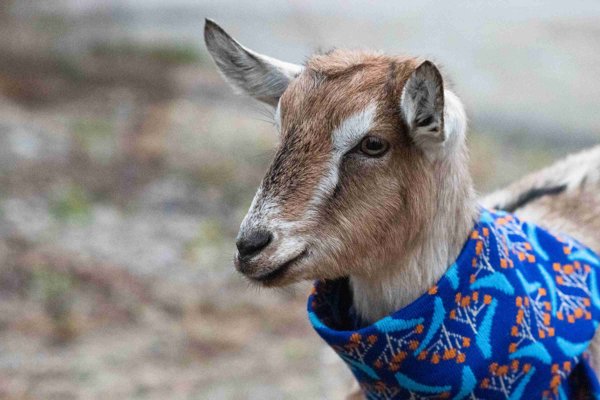 Božka the goat, wearing a visitor's blue card around her neck, went to the Presidential Palace on November 29. The trip was part of a campaign called Skutočný Darček (Real Gift) run by the non-governmental organisation People in Need, that promotes the giving of gifts to people who really need them.

President Andrej Kiska is one of the Slovak personalities who supports the campaign.

“Božanka liked being in gilt Great Hall and we offered her an apple,” Kiska wrote on his Instagram account. “However, she should be somewhere where she is needed.”

People in Need have organised their second year of giving non-traditional Christmas gifts. People may choose whether they want to buy animals, water containers, educational equipment and many other things at a special website. The organisation will then place the gifts where they are needed. The person who ordered the gift will receive a certificate.

Not for the plate

“Free-range chickens were the most successful last year,” said Braňo Tichý, director of People in Need, as quoted in a press release.

Chickens together with goats, beehives and seedlings were handed out in Kenya as gifts to poor families. The gifts fall into four various fields; water, education, subsistence and help within Slovakia, Tichý added. Every form of gift provides long-term help. 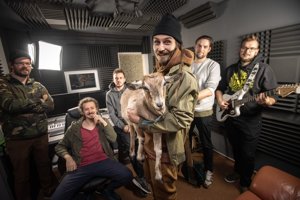 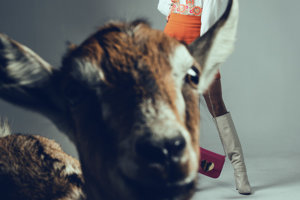 The Christmas campaign with a goat (2 photos)

“Chickens and goats are not meant to end up on the plate, they offer subsistence in the form of eggs and milk,” explained Tichý, as quoted in the press release, adding that what families do not eat, they will sell.

The families are also educated by local partners in how to keep the animals.

This year, there are new areas where the aid will be distributed. The gifts may end up in Kenya, Lebanon, Albania, Georgia, Myanmar and the Philippines but also with socially excluded families in Slovakia. Everything will be purchased in the given area to support the local economy.