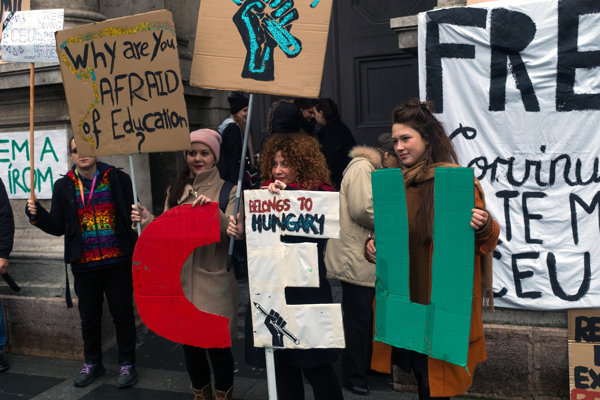 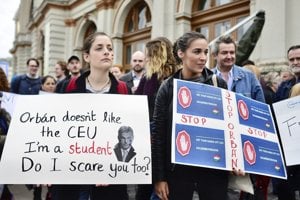 Read also:Alumni of CEU about its ousting: It was a matter of time Read more

The signatories brought the letter to the Hungarian Embassy in Bratislava on November 30, one day before the possibility for the CEU to remain in Budapest will elapse. The university is expected to move to Vienna.

“We express our disagreement against the steps of the Hungarian government that clearly interfere with the principles of academic freedom,” the letter reads. Its signatories pointed out that this happens despite the fact that academic freedom is a centuries-old tradition in Europe, while the Viktor Orbán government talks about the need to protect European traditions.

Hundreds of Slovaks are students or alumni of the CEU, and many of the current students will be directly impacted by its departure from Budapest, the signatories noted.

“It is not about Orbán, he will not even notice it, but he is not the only addressee after all,” Szomolányi said. “The important thing is that this unprecedented attack on academic freedom is called out and that we are not left with just resigned silence.”