Liptov region to have a new attraction: Olympic Airbus A320

Accessible to the public from summer of 2020. 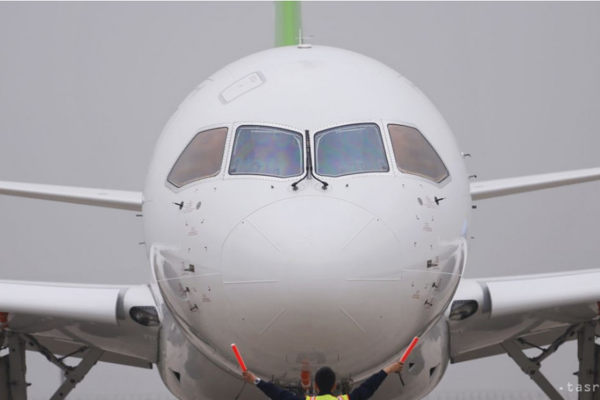 The almost 40-metre long Airbus A320 that brought Olympic fire to the Sochi Olympics is enriching touristic attractions in Liptov region.

The machine is only 12-years-old, but it will never fly again, as it was put out of operation due to technical reasons. The Heliport Liptov company bought and transferred it from Ostrava to Liptovský Mikuláš. The plane should serve not only as a curiosity for tourists and visitors but as a part of exhibition for lovers of aerial technology.

It was necessary to dismantle the machine before transport, remove the wings, the tail section and both undercarriages. The fuselage remains in one piece.

“We dismantled the plane in a way so that it is possible to transport it as large-sized cargo in three separated tandem vehicles,” explained Cyril Fogaš from the private heliport, as quoted by the TASR newswire.

The longest vehicle is 43 metres long, 6 metres wide and 5.2 metres high. It weighs 79.7 tons, he added. In Liptov, it will be returned to its original condition. It will be accessible for anyone who is interested in air technology. The company wants to show the public what a plane is made from, from what materials and made through which technological process.

“We want to show what was necessary to make people fly and get this machine in the air,” explained Fogaš, as quoted by TASR.

The Olympic airbus A320 will be accessible to the public in about a year and half, in the summer season of 2020.