MPs fail to freeze their salaries

As a result, they will see their income increase by about €1,000. 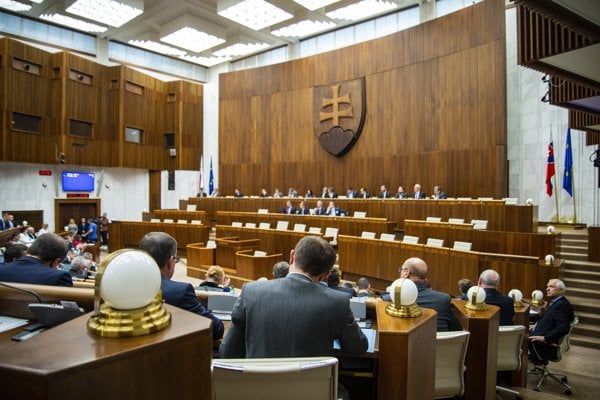 Salaries of MPs will rise by several hundred euros in 2019. Despite previously announced steps, parliament has not frozen them as in previous years. Also, no system solution was approved.

“Our colleagues Robert Fico (Smer) and Andrej Danko (SNS) stopped what we proposed, so there is no system solution,” said Béla Bugár, chair of Most-Híd, as quoted by the TASR newswire.

Smer and the Slovak National Party (SNS) should have proposed another solution, but this did not happen, he added. At the same time, Bugár admitted that a salary increase of €1,000 would not be readily accepted by the public.

“There will be certainly be waves of indignation, we can count on that,” he said, as quoted by TASR, adding that it was important to know that salaries had not been increased for years.

Several Smer MPs did not want to comment specifically, remarking that they did not know anything about it. Dušan Jarjabek (Smer) said that salaries would not be frozen again; there is no reason for it as Slovakia has an historically balanced budget.

“This is not only about the increase in salaries, it brings the issue in line with the law again,” he said, as quoted by TASR. “The freeze was a sign of good will linked to the economic situation at the time.”

Jaroslav Paška, first deputy of the SNS, said that their party stopped being involved in the issue when Anton Hrnko (SNS) who was looking for consensus, had not been understood or his ideas accepted.

“We tried to solve it and did everything that was needed from our point of view,” he said, as quoted by TASR.

Veronika Remišová of the Ordinary People and Independent Personalities (OĽaNO) said that OĽaNO proposed an amendment to freeze salaries again in October, but without success.

“There was no alternative proposal, the coalition is probably satisfied with the situation,” she said, as quoted by TASR, adding that she was for a system solution. It is unacceptable to increase salaries by such a big leap, she said.

The liberals have been against the freeze in recent years, said Ľubomír Galko of Freedom and Solidarity (SaS).

“If the coalition came up with a reasonable proposal, we would support it,” he said, as quoted by TASR, adding that they do not want the freeze to continue.

Salaries for MPs have been frozen since 2008. Debate on a system solution for salaries started last year, when the issue of the discontinuation of the freeze caused the discussion to become tense.