Blog: Slovak filmmaker: It's not about the money, but patriotism

After growing up under Communism, Slovak Diana Fabianova found freedom of expression in France and Spain and directed a documentary on menstruation. 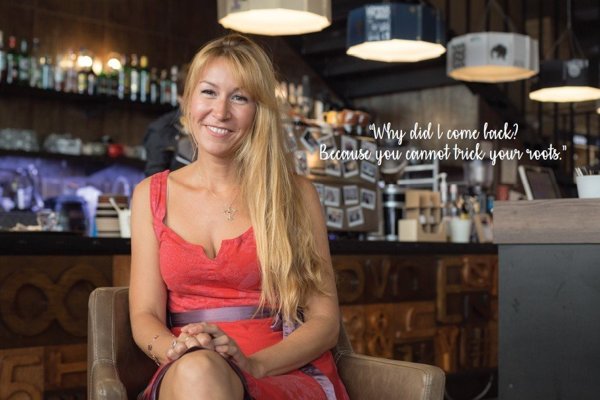 My parents were intellectuals and they were against the regime

They were also university professors, whose family member emigrated, which is why the state took away their passports. We couldn’t travel anywhere during communism and after the regime fell, we were very poor.

My parents passed on their desire to travel to me, which is why I developed such a strong impulse to see the world. As soon as I could, I boarded the Eurail and even slept on the beach just to save money.

After I finished university in Slovakia, I decided to apply my foreign language skills

I landed an internship in Spain and later got accepted into the international film academy ESCAC. That’s where I first began developing my movie idea about female menstruation.

The producers in Spain told me my film had potential

They didn’t seem to mind that I was not Spanish. They even gave me money to go out and make it. This sum grew when French ARTE joined in. The only catch was that we had to live in France to spend the money.

That was my dream job; I got to live in Paris for 6 months, all expenses covered

Just like in Spain, the French accepted me. It didn’t bother them that I was a young and inexperienced Slovak. They liked my idea and in the end, it paid off; ‘The Moon Inside You’ was a success. 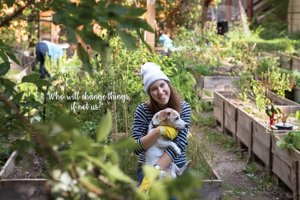 The movie was viewed by more than 10 million people, just through one U.S. platform

It has since been translated into Chinese, Hindi, Taiwanese and the list goes on. It’s turned into an education aid for many women and girls, because nothing like it exists. Activists and institutions are travelling around the world, showing my movie to educate girls.

Why did I come back? Because you cannot trick your roots

Even though I felt good abroad, it didn’t feel like my home. Where you come from is not something you can just wipe away, like our mutual history and culture. Growing up in communism is something that is so specific, too.

When I returned, I had a hard time getting support for my projects

After being embraced in Spain and France, I couldn’t believe I was actively rejected by funds in Slovakia . In the end, they co-produced my film, only after they found out that a French channel was already doing so.

People were actually disturbed that I wanted to continue to make international films. They saw my ambition as a handicap rather than a virtue, even though Canada, Australia and Spain aired it in movie theatres.

In Slovakia, they told me they were not interested

Apparently, it was not the right format. It seems like such a waste to me, that we can’t do more at home.

For me, it’s not about the money, but patriotism

Our country is so beautiful and we have so much potential, but sometimes I think we are all just suffocating under the corruption.

In a sense, it’s already here. The new generation is different.