Serbians, Ukrainians, and Slovaks have not been paid for their work. 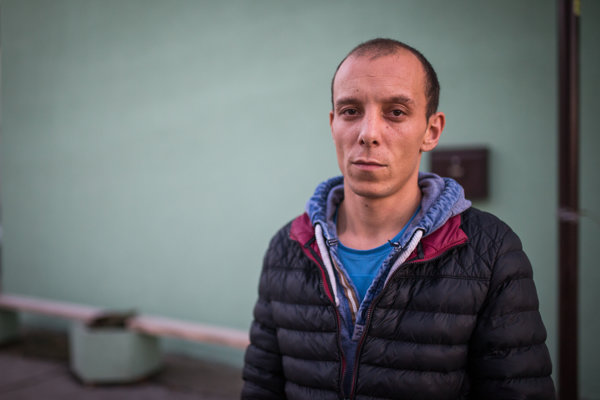 A mouse runs through a dark-shaded corridor. Toilets smell heavily of the sewers. This is how the workers' quarters in Leopoldov feel like first off. From locked up rooms, we can hear people softly speaking Serbian and also Slovak.

There are about 20 people living here with no money and no job left. They do not know what to do next.

The recruitment agency Rasken Consulting, based in Trnava, found them employment but the agency has been closed down since the police raided it. No one answers the phones.

No money for food

Zuzana Dlužaninová comes from Humenné, eastern Slovakia. She is living in a tiny but spotless room with her boyfriend from the Záhorie region, western Slovakia. Zuzana invites us in. Before we start chatting, she opens a fridge. There is nothing in it but a little margarine.

"We have not eaten today," she admits. "We have no money left, but a charity should deliver us food packages tomorrow."

The couple indeed received food from the Archdiocese of Trnava the day after.

Zuzana wanted to earn money. It was not the first time she had chosen the agency that found her a job.

"We would not make it without them," Zuzana says, adding that the agency drive them to work. "We do not even have money for a bus ticket."

"What matters most is they also offer cheap accommodation, "points out her boyfriend Ivan Rozboril.

They are both angry because the agency owes them money.

How much? They have not got a clue. Zuzana was at work almost every day of October and half of November. She was packing lighters, pens and razor blades in Sereď, near Trnava.

The work performance contract states that Zuzana's hourly gross wage is €2.76. If she goes to work all month long, she gets €3.

How much does the agency owe her? It is hard to say. She does not have any earnings records. Nor does her boyfriend Ivan. After a week of being at work, the agency told him he owes them €38.

"I do not know how much I've earned," Zuzana says with tears in her eyes. "I have no idea how much money they withdrew for accommodation, for advances, whether they will pay us anything more."

The police carried out raids on Rasken Consulting in Bratislava and Trnava last month. Four men have been taken into custody.

"The four men - Bruno Ž., Daniel R., Jozef Š., and Rastislav Š. – are accused of being accomplices to people smuggling," the police have informed. The first names and surname initial letters of three detainees correspond to the names of the agency's managers.

"The accused have provided more than a thousand Serbs and Ukrainians for work in Slovakia, but also operated in the Czech Republic from 2017 to date," the police have said.

"The foreigners' salaries did not correspond to the time they spent at work," the police have added.

The men are now in custody, facing eight years behind bars.

In the past, inspectors checked the agency several times. "In addition to unreported employment of third-country nationals, the company has also violated the Labour Code," Ladislav Kerekeš, spokesperson for the National Labour Inspectorate, has said.

After Rasken Consulting was closed down, many foreign workers remain unpaid. In the corridor in the quarters, we meet one of them, a Serb called Nikolič Aleksandar.

Of all the Serbs residing in the quarters, he speaks the best Slovak.

Nikolič used to make between €250 and €300 a month back in Serbia, and got €500 in Slovakia. The agency transported him here, but Nikolič will have to return home in less than 20 days. He shows us his passport, adding that the three-month period, during which he can reside in Slovakia, is running out.

Nikolič has received no payment for October or November.

"I have a family at home, children," he tells us. "How do I get back without money? I am not going without it."

The Serb from Niš has no contract. He allegedly signed it in Hungarian, and the agency kept it. "They owe me €1,000 for October and November," Nikolič estimates.

Others feel deceived, as well. They are, however, less vocal as they speak Slovak with difficulty. Everyone indicates that they have not been paid. They will wait until they get their money.

The Embassy of the Republic of Serbia in Slovakia speaks of up to 700 Serbs, who have not been paid any earnings after the agency was closed down. Most of the Serbs were short of money and returned home. Although some later received part of the money, the Embassy has claimed, it is unclear when they will receive the rest.

"I will sue Rasken," says Nikolič. " There are 500 of us who have been deceived, and we will take joint action."

They can turn to the courts

Taylor Wessing lawyer, Radka Lichnovská, has said the agency could deceive people in this way. She has pointed to another case of misconduct or violation of the law, as well.

For example, people should have had a regular employment contract. The agency should not have sent people on the work performance contract to work.

"It is apparent from the wording of the contracts and other information that employees were required to work on a regular basis and that they were required to justify their absence properly," explained Lichnovská.

The Sme daily tried to get in contact with the agency, but the phones listed on the web site are unavailable. Nor have they responded to e-mail.

Temporary employment agencies on the decline

People can also turn to the National Labour Inspectorate. However, this body can investigate the situation but cannot order the money to be paid.

Workers may still report the situation to the police on suspicion of the crime of failure to pay wages having been committed.

Since 2012, the number of employment agencies in Slovakia has dropped by more than half; from about 1,100 to 400. The Central Office of Labour, Social Affairs and Family (ÚPSVaR) sees the tightening of the law in 2013 behind the drop.

The agencies have often been closed down for reasons including failure to fulfil obligations, failure to submit an activity report, they were not in operation, and they did not fulfil the condition that they have to possess a minimum equity of €30,000. 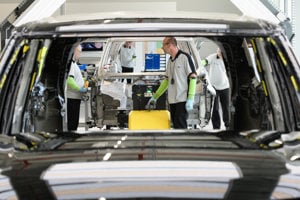