Slovakia posts records in the export of toys

Slovak toy trains can be found in France, Germany and the United States. 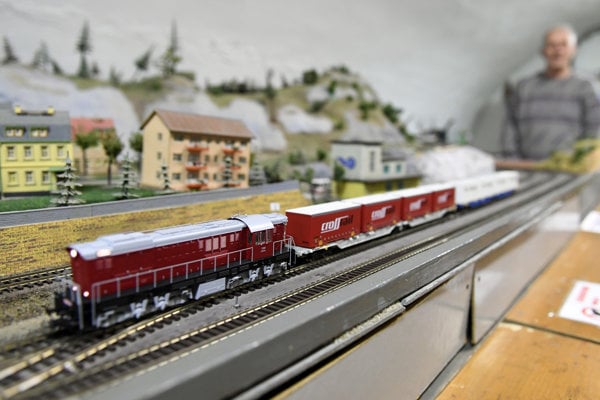 Toys from Slovakia seem to be popular around the world. Together with the Czech Republic, the country is one of the quickest growing exporters of toys in the European Union, the Hospodárske Noviny daily reported.

The export of toys amounts to €170 million a year, which is 10 times more than in 2005. Slovakia is currently the 12th biggest exporter of toys in Europe, which is the best placement in its history.

As with most EU countries, plastic construction sets are exported the most. However, the country has the strongest position in the partial market with electric toys. Currently, Slovakia is the fourth biggest European exporter of these toys per capita.

“I can’t assess other producers, but we’re doing well,” Ivan Jeník, one of the producers of electric trains, told Hospodárske Noviny. “Only less than 1 percent of our trains stay in Slovakia.”

His trains are exported mostly to France, Germany and the United States.

Slovakia also has a strong position in Europe when it comes to the export of engine driven toys and models other than trains, Hospodárske Noviny reported.

The most difficult period for Slovak toy producers was in the 1990s when cheaper toys from abroad arrived on the market.

“The interest in Slovak toys disappeared for several years,” Roman Pohl, owner of the Wooden Train company, told Hospodárske Noviny. “People wanted a huge number of toys, without being interested in their quality.”

Nearly 40 percent of all toys imported to the EU come from China. As for Slovakia, the import of toys is below average. However, the actual number could be higher than shown by foreign trade statistics.

“Some Chinese toys may be re-exported to the local market from other EU countries,” Ľubomír Koršňák, analyst with UniCredit Bank Czech Republic and Slovakia, told Hospodárske Noviny.

However, although the interest in Chinese toys has been dropping, there is not a much bigger interest in Slovak toys either, as their producers confirmed.

There are only four EU countries that export more toys than they actually import. Apart from Slovakia and the Czech Republic they are Hungary and Malta, Hospodárske Noviny wrote.